Book Note: Hamlet had an Uncle 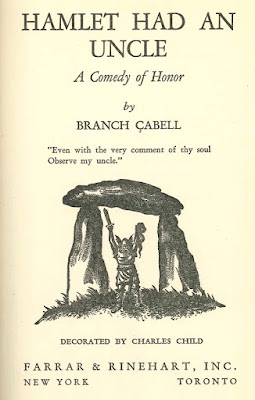 Cabell, Branch. Hamlet had an Uncle. New York: Farrar & Rinehart, 1940.
Shakespeare took a narrative already told and raised it to the level of sublimity. Branch Cabell takes a sublimely-told narrative and lowers it far past the level of mediocrity to the utterly dull and uninspired.

This is the kind of book I used to think of when I thought Shakespeare-inspired fiction. It reminds me somewhat of the ineptitude of The Best House in Stratford (for which, q.v.).

The story is meant to be historical fiction telling the original narrative from Claudius' point of view. Claudius is caught in Gertrude's bed by Hamlet, Sr., who threatens to kill Claudius but who is stabbed in the back by Claudius as he turns to berate Gertrude.

It should be possible to tell a narrative that begins that way in an exciting, thrilling way. As it is, the most thrilling points are the chapter headings. I'll provide some of those for your amusement—and also a sample of the plodding prose (if you can take it).

The contents. Try "Wiglerus Gets a Bad Wound" for fun and excitement: 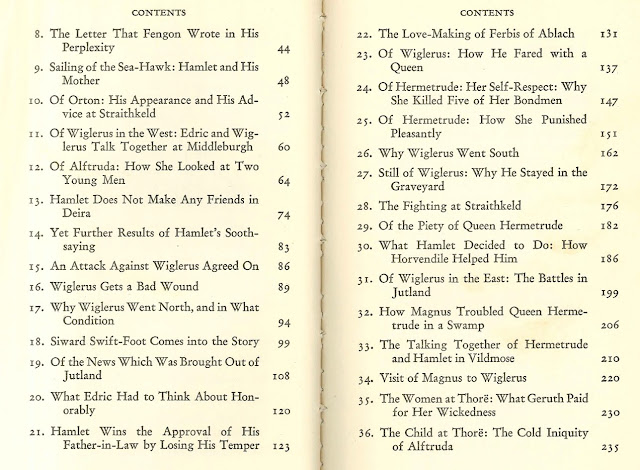 A slice of Chapter Four: "Of Hamlet: How he Troubled People." 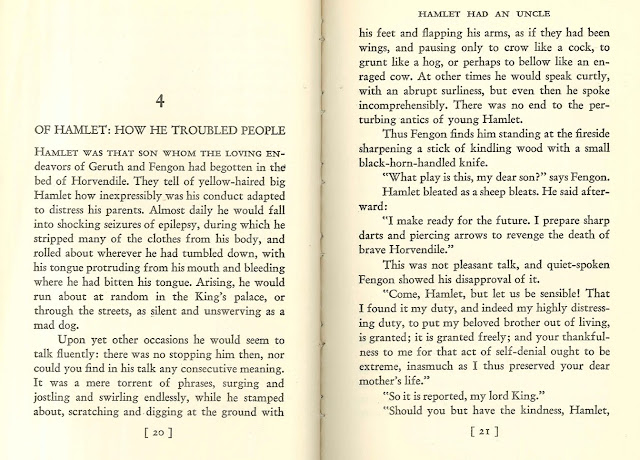 The colophon. I take this to be the moral of this retelling of Hamlet. Could this be what Hamlet should teach us, too? 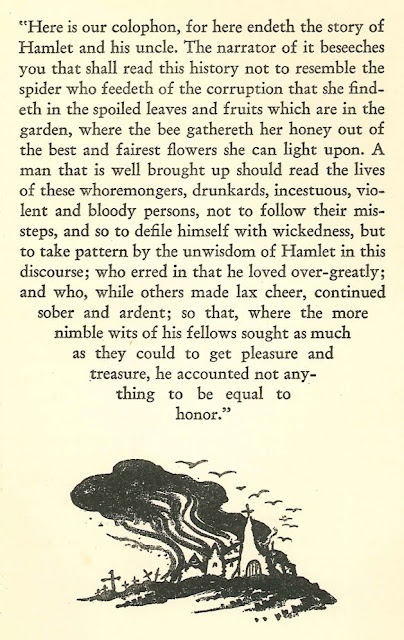 Give this one a miss. Even John Updike's Gertrude and Claudius (for which, q.v.) is better than this.
Click below to purchase the book from amazon.com
(and to support Bardfilm as you do so).