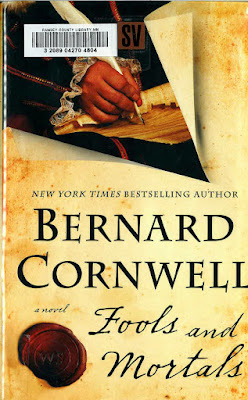 Cornwell, Bernard. Fools and Mortals. New York: Harper, 2019.I was a bit skeptical about this novel when I first started it. It seems like an ordinary adventure novel with a vaguely Elizabethan setting.
But it definitely grew on me.
Here are the basics of the plot:  William Shakespeare's second-youngest brother (Richard) gets in big trouble in Stratford and makes his way to Big Brother Will in London. But Will doesn't really want him around—at all!  He doesn't want to help him, he doesn't want to see him, and he doesn't want him interfering with his life in London. Reluctantly, Will gets Richard a job—with a terrible man who runs a company of boy actors but abuses them all terribly.
Eventually, Richard determines to become a player. And that's really when the book got interesting for me. We meet Will Shakespeare's company, and Richard gets older and demands to be allowed to stop playing women's roles.
After Richard helps Will in some way, Will agrees and gives him a part in his new play—A Midsummer Night's Dream. I'd like to give you some of that scene. The actors in Shakespeare's company behave just like the Rude Mechanicals—squabbling over parts, et cetera. And Richard becomes furious with his brother when he realizes the male role he's been given is that of Francis Flute—who has to play Thisbe. Richard becomes a male actor who doesn't want to play female roles playing a male actor playing a female role. 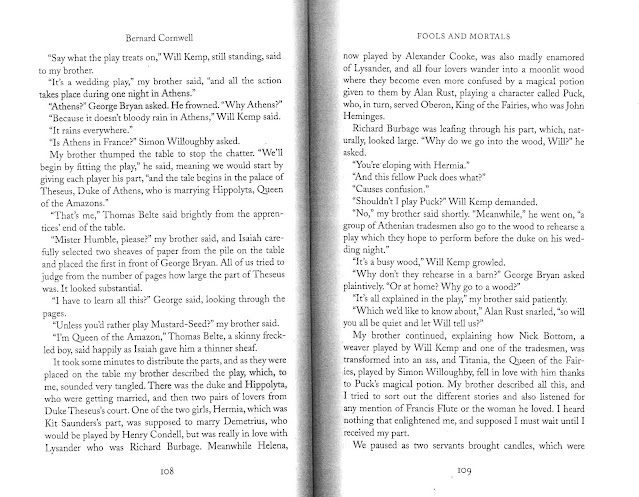 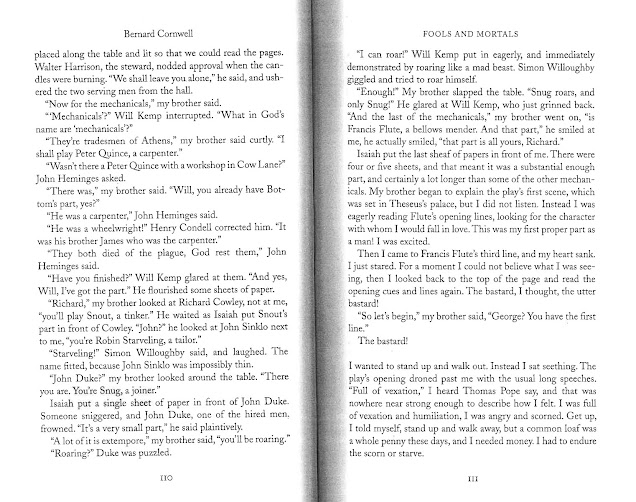 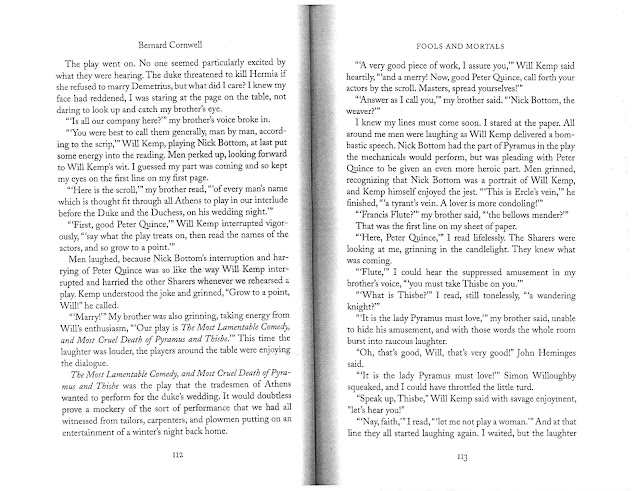 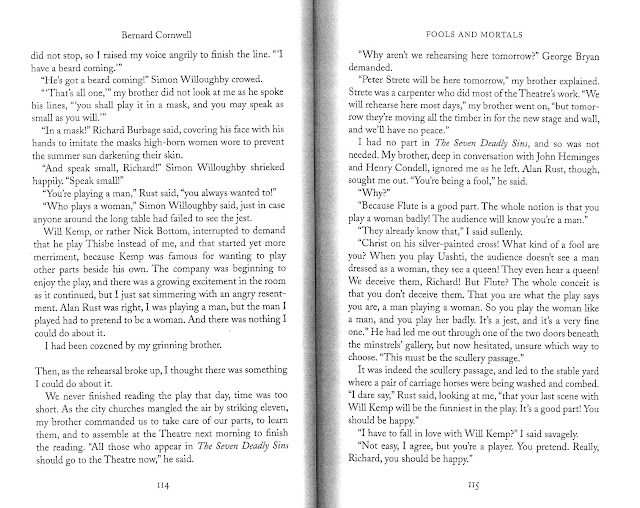 Later, Shakespeare's scripts are stolen and the whole company needs to work desperately hard to get them back.
Give it a try—it's suspenseful and well-written . . . and it's usually pretty historically accurate in the setting.
Copyright 2008-2039 by kj at 12:10 PM No comments: