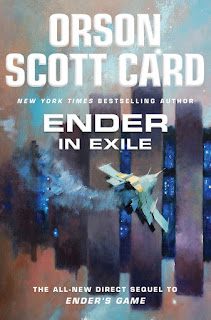 Card, Orson Scott. Ender in Exile. New York: Tor Science Fiction, 2009.
With a small kernel of a short story called "Ender's Game," Orson Scott Card developed a intricately-detailed universe spanning centuries both prior to and long after the events depicted in the novel Ender's Game. Among the dozen or twenty novels in the Enderverse is Ender in Exile, set between the first and second novels in the Ender series.

Without giving away too much, the novel tells the story of Ender's journey to the colonized planet of which he is to become the governor. On the journey, Ender and some of the passengers put on a reading of The Taming of the Shrew. That part is somewhat interesting in how it connects to the larger themes of the novel, but it's not as intriguing as the e-mail correspondence between Ender and the acting governor of the colony—especially when they discuss the name the planet and its settlements should have.

The correspondence picks up in the middle. Ender has evidently proposed calling the planet "Prospero," but the acting governor explains why that wouldn't be very much appreciated. 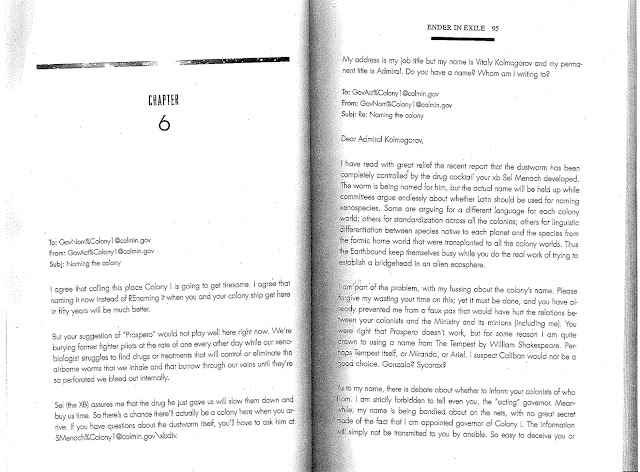 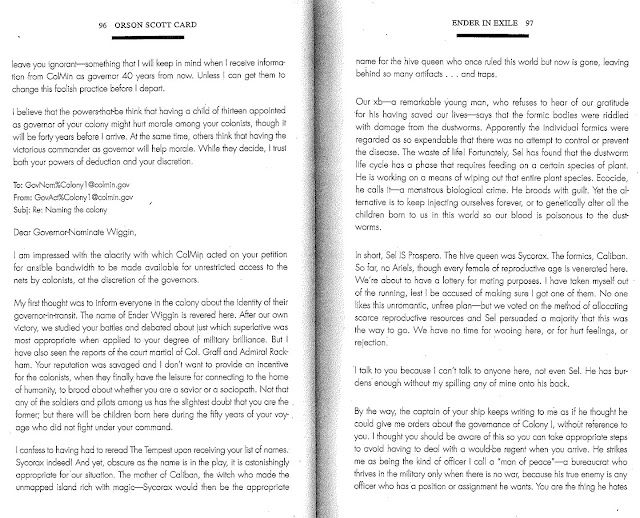 The conclusion, then, is to call the whole planet Shakespeare (and to give that name to the first town); future towns will be named after characters in Shakespeare.

It makes me wonder how the other cities will choose their names—and how that would affect tourism. "Caliban City: A nice place to visit, but you wouldn't want to live there."
Click below to purchase the book from amazon.com
(and to support Bardfilm as you do so). 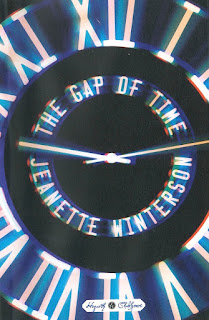 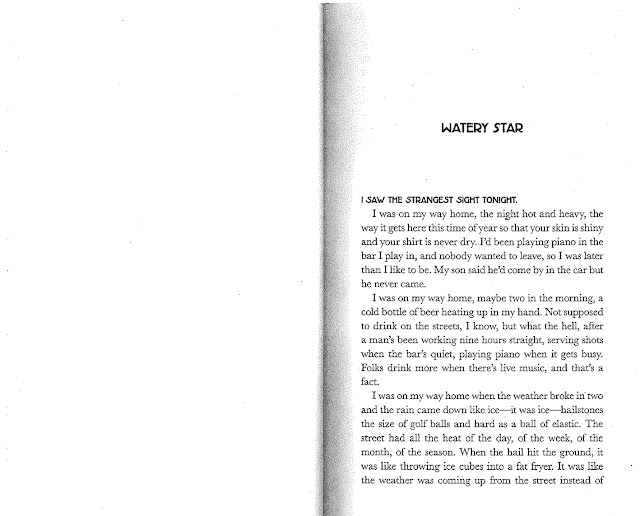 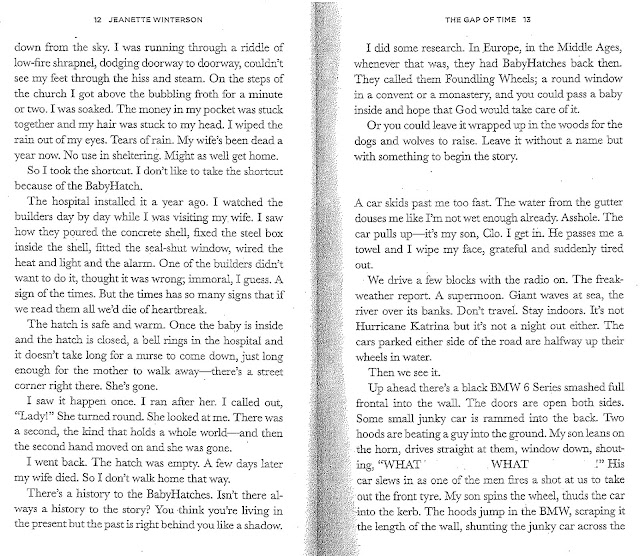 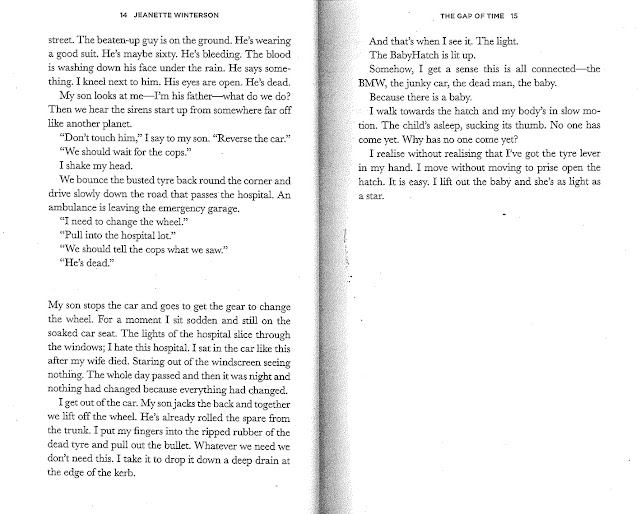