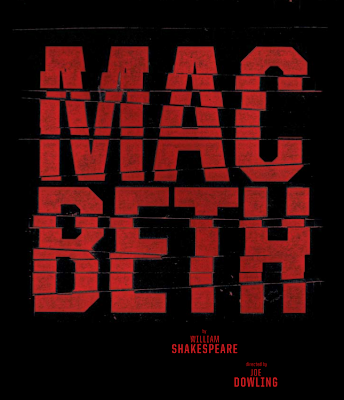 About a month ago, I was privileged to be invited to a "Meet 'n' Greet" event during which Joe Dowling, the director of the production, and Monica Frawley, the set and costume designer, introduced the cast and crew and spoke about their vision of the play.

The play, as I gathered from Dowling's introductory remarks, will run without intermission—since Macbeth is Shakespeare's shortest tragedy, time won't be much of a problem. The audience will not have the opportunity (other than those the play itself provides) to break away from the unrelenting horrors provided by the play itself.

The play itself will have a contemporary feel—contemporary to this time period, that is, rather than to Shakespeare's England or to Duncan's Scotland, but no specific time is indicated. The general destruction and the effects of warfare will be brought into a universal, platonic realm.

In light of that, the set design is particularly intriguing. The intention is to have the stage scattered with debris—the residue of the conflict with with the play begins—and to have that debris pushed aside, moved around, and added to but not removed. The effect will prevent the audience from forgetting the warfare on which Scottish rule is built. When Macbeth's palace is established, it will simply be placed on top of the debris scattered on the stage. I'm greatly looking forward to seeing how that comes together.

Doubling roles is not at all uncommon—just as it wasn't in Shakespeare's day—and the Guthrie will have the same actor play the roles of Seyton, the Bloody Captain, and the Third Murderer. That combination isn't altogether unusual—I think the Great River Shakespeare Festival combined those roles a few years ago. A more unusual choice is to have the actor playing the Second Weïrd Sister (according to the cast list, it seems that "Weïrd Sister" is the term preferred over "Witch") will also play the Doctor. Doubling those roles may provide a very interesting subtext.

Dowlling also said that he intends to de-emphasizing the supernatural elements of the play, concentrating instead on the psychological realities imbedded in the play. Macbeth and Lady Macbeth are not forced to act according to the prophecies of the Weïrd Sisters—nor do the Weïrd Sisters serve as advisors to Macbeth. The decisions—and, therefore the responsibility—rest with him.

If you're in the Twin Cities, plan to see this play. Here's the calendar where you can choose your performance and order your tickets! I'm convinced that it will be remarkable and that it will give us all—whether we've seen and read the play dozens of times or are coming to it cold—a lot to think about.

When you go to see it, pay attention to the opening lines. The point where the play starts may be astonishingly significant to its interpretation.

The Guthrie recently posted a photo retrospective of the last fifty Shakespeare performances. I'm embedding it here for your convenience and edification!


Thanks, Guthrie Theatre, for providing so many peerless productions! We (I speak for the world here) can't wait to see what the next fifty productions bring.Links: The Play at the Guthrie Theater.
Copyright 2008-2039 by kj at 9:25 AM 1 comment: 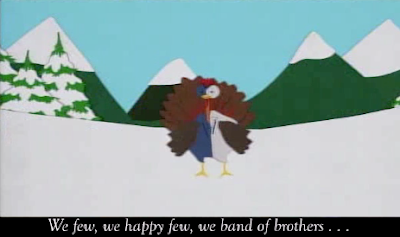