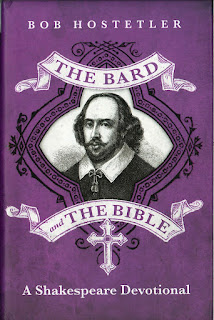 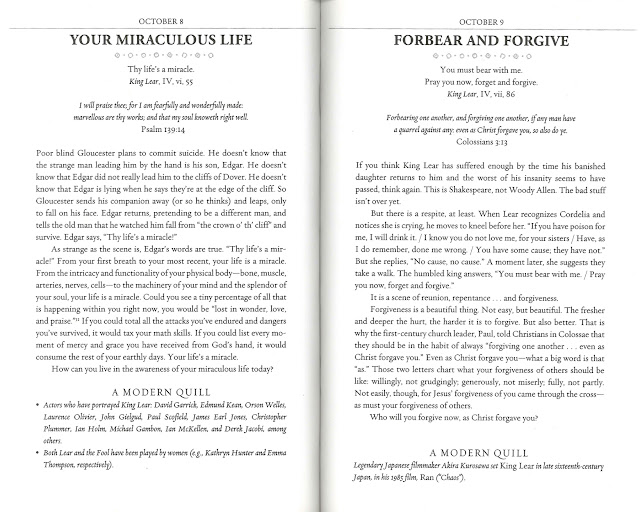 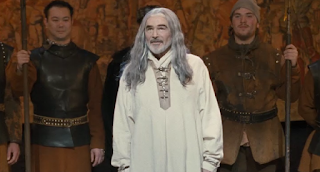 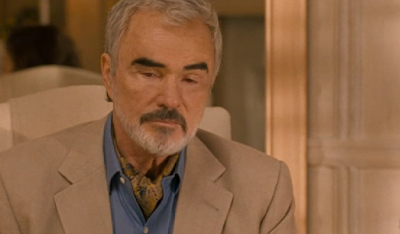 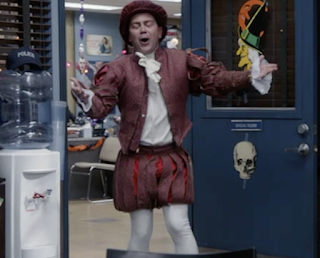 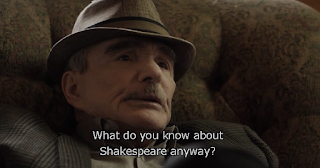 A Little Shakespeare Every Now and Then in Pearls Before Swine 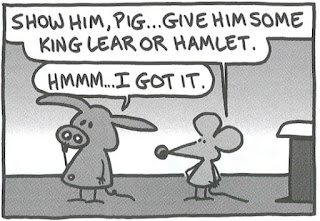 Well, there's even more! I've gathered a few examples from the books listed above. Enjoy! 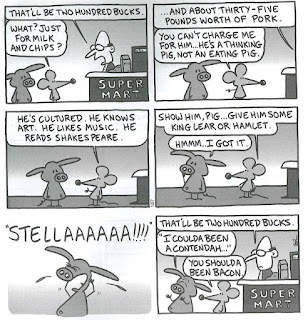 from BLTs Taste so Darn Good.

from The Crass Menagerie. Please note, Mr. Pastis, that you will find some good crocodile material in Antony and Cleopatra. And Hamlet also mentions one!

from Pearls Sells Out. The Shakespeare is really in the annotation rather than specifically in the comic itself.

from . . . well, I've lost track of where this one is from, I'm afraid. I'll try to track it down. In the meantime, I'll just agree with Mr. Pastis on this one (though I've pretty much always felt that way about the play).

from Pearls Gets Sacrificed. The humor comes in the unexpected cultured quality of Larry the Croc's parents.

Bonus Image: The Strip at the Beginning of this Post in Full Color: 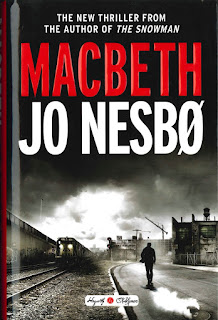 Nesbø, Jo. Macbeth. London: Hogarth Shakespeare, 2018.
We've been dealing with some heavy, darker material here at Bardfilm lately, and I have one more in that vein before we turn to some lighter stuff.

The most recent novel in the Hogarth Shakespeare series is Macbeth, a retelling of . . . Macbeth.

I haven't read any other works by Jo Nesbø, and I don't think I'm in the target audience for his kind of thriller. We have here a dark, gritty, drug-and motorcycle gang-filled story about a town, its corrupt police force, and the formerly-drug-addicted Macbeth, who (at the start) wants to clean up the town and the force.

Let me give you a flavor of the book to see if it's what you'd like to be reading. Here's the chapter where Macbeth and Banquo encounter the Weïrd Sisters: 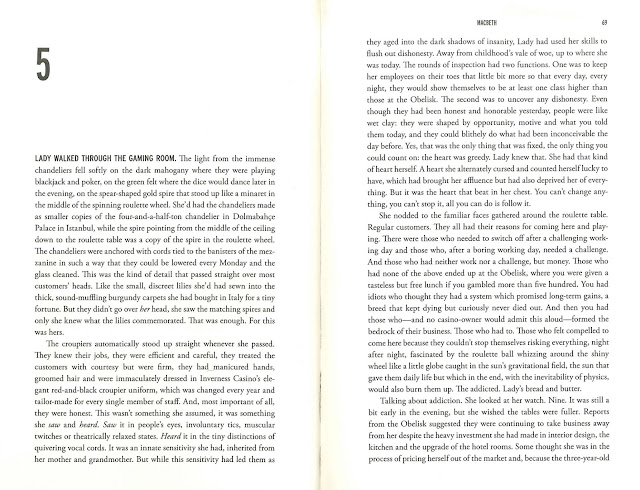 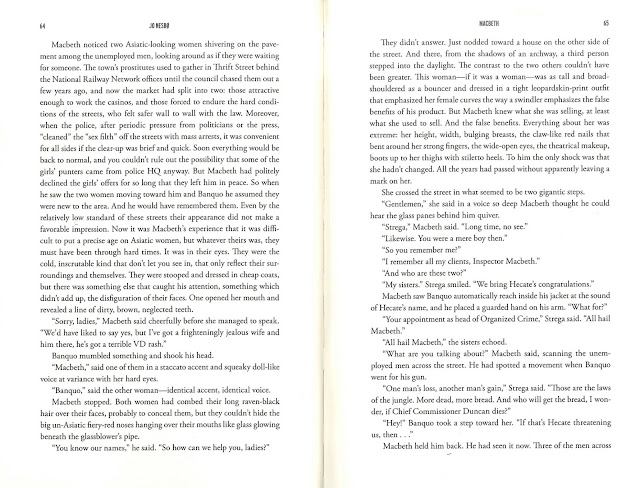 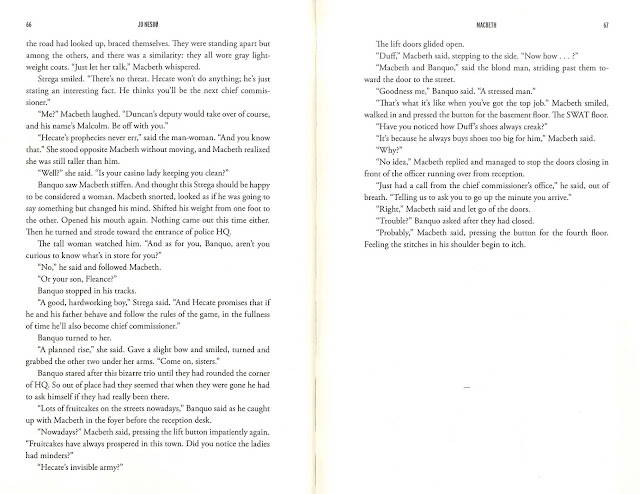 And here's a scene you may recognize from your previous reading(s) of Macbeth: 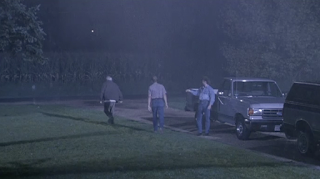 A Thousand Acres. Dir. Jocelyn Moorhouse. Perf. Jessica Lange, Jason Robards, and Michelle Pfeiffer. 1997. DVD. Walt Disney Video, 1998.
While we're on the subject—and since this is, after all, the Shakespeare and Film Microblog—there was a moderately-successful film version of A Thousand Acres as well.

I'd like to touch on two scenes. First, the "division of the kingdom" scene is as understated in the film as it is in the novel. From this small moment springs much of the rest of the tragedy:


Here's the equivalent of the end of Act II of Shakespeare's King Lear. The Iowa storm captures the fierceness of the elements—and Larry's (i.e., Lear's) anger and madness in venturing out in it.