Minor but Persistent Shakespeare Use in Warm Bodies: A Novel Marion, Isaac. Warm Bodies: A Novel. New York: Atria Books, 2011.
Zombie stories are anathema to me. I do not understand the recent acceleration in the production of Zombie-related books, games, and films. Sure, I watched the trailer for Zombie Hamlet (for which, q.v.), and I even watched Romeo and Juliet vs. The Living Dead in its entirety (for which, q.v.), but I just am not on the same zombie page as the Zombophiles seem to be.

Yet the recent release of the film Warm Bodies led to huge number of Zombinorata—largely college students—urging me to see it and to think about its connections to Romeo and Juliet.  "The Zombie protagonist's name is 'R,'" they would cry, "and his beloved—who is not a zombie—is named Julie."  Then, as if to clinch the argument, they would add, "There's even a balcony scene."

I haven't yet seen the film (I will have to, of course, once the DVD is released), but I've been shambling, zombie-like, through the novel on which the film is based, and I've finally finished it.

But this is a great book. If you are into zombie narratives, this book will knock you sideways. The prose is strong and interesting and the characters are intriguing.

And, yes, the novel has its balcony scene. I've scanned in an image of the relevant pages (click on the image below to enlarge it), and there's very clearly a direct connection to Romeo and Juliet's balcony scene.  Note: The selection below contains some obscenities. 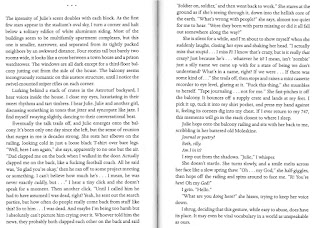 The equivalent of Juliet's speech has its own kind of charm:

If you're liking the zombie trend—if you are, as @JohnDranski might say, a "Zombudsman"—try the book. If, like me, you're over-saturated with zombies, thank me for reading it so you didn't have to!

To be fair, the actor playing the actor playing Bottom (the repetition is necessary and intentional there) plays Bottom's role with great gusto. But everything else that frames that performance is just Soap Opera Awful (SOA). Take a gander and you'll understand:

Click below to purchase
the Season Three, Part Two DVD
from amazon.com
(and to support Bardfilm as you do so). 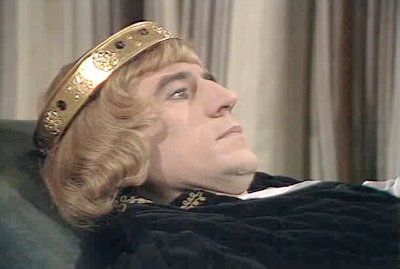