Authorship Haiku Competition: Win a copy of Contested Will! 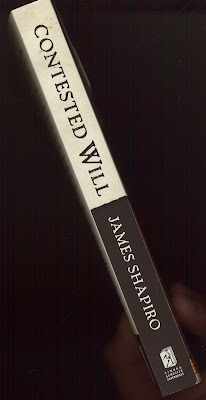 Shapiro, James. Contested Will: Who Wrote Shakespeare? New York: Simon & Schuster, 2010.
Anonymous. Dir. Edward D. Wood, Jr. Perf. David Hasselhoff, Sarah Jessica Parker, Mark Wahlberg, Lindsay Lohan, and Willem Dafoe. Columbia Pictures. 30 September 2011.
Thanks to the kind auspices of Simon and Schuster, I have two copies of James Shapiro's magisterial Contested Will: Who Wrote Shakespeare?—which I've mentioned before on this blog—to give away, and I thought the Shakespeare-reading community, in light of the recent release of Anonymous, would appreciate a creative outlet for their thoughts on the authorship issue. Bardfilm provides.

This is your chance to compose a haiku on the subject! Please submit your English-Language Haiku on any aspect of the authorship issue in the comments below. When we have selected the winners, we will post their names and invite them to e-mail their addresses directly to us to claim their prizes.

Here, then, are the details of the competition:


The authors of the top two Haiku will each receive a paperback copy of Contested Will; a consolation prize (a used copy of Drama of the English Renaissance, edited by M. L. Wince) will go to the third-place winner.

"Who wrote Shakespeare's plays?"—
A hopeless tautology?
Not to Ed De Vere.

With that, you may commence posting!
Note: The winners have been announced!

Shakespeare's Infinite Monkeys in Adam's Hitchhiker's Guide to the Galaxy 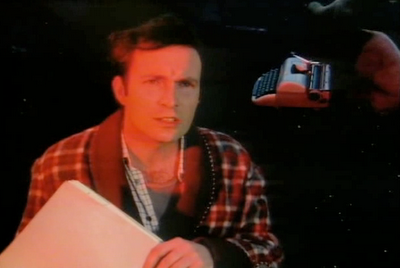 "Episode Two." By Douglas Adams. Perf. Peter Jones, Simon Jones, David Dixon, Sandra Dickinson, Mark Wing-Davey, and Stephen Moore. Dir. Alan J. W. Bell. The Hitchhiker's Guide to the Galaxy. Season 1, episode 2. BBC. 12 January 1981. DVD. BBC Worldwide, 2002.
The Shakesphere recently re-considered the perennial question of whether an infinite number of monkeys with an infinite number of typewriters and an infinite amount of time could re-create the works of Shakespeare. Shakespeare Geek, for example, mentioned it, and I've seen other articles debunking the methodology or the theory or wondering whether it wouldn't be better, in today's technology-driven market, to give the monkeys an infinite number of iPads instead.

In becoming re-aquiainted with the idea, which is drawn from probability theory, I remembered that Douglas Adams had played with the idea in his masterful Hitchhiker's Guide to the Galaxy. In the plot of the book, a new mode of space travel has been invented—a ship that generates improbability fields, enabling it to travel through the universe enormously quickly and causing wildly-improbable things to happen as it does so. In this scene, Ford Prefect and Arthur Dent have just—wildly-improbably—found themselves on board the ship:


The television show's imagining of the scene does not quite come up to the image the text paints—though it's probably the best they could do with the budget and the technology they had. [The more recent film version of The Hitchhiker's Guide to the Galaxy, a disgrace in nearly every conceivable way, leaves out the monkeys completely.] Here's how Adams describes the scene in the novel:


Ford and Aurthur were in a small luminous pink cubicle.

Arthur had jammed himself against the door to the cubicle, trying to hold it closed, but it was ill fitting. Tiny furry little hands were squeezing themselves through the cracks, their fingers were inkstained; tiny voices chattered insanely.

"Ford!" he said, "there's an infinite number of monkeys outside who want to talk to us about this script for Hamlet they've worked out." (59)

That, then, is one of the connections between The Hitchhiker's Guide to the Galaxy and Shakespeare. And the joke is a funny one.

But what interests me is an overlooked idea. Once you set these infinite monkeys to work, they are not only going to type up the known works of Shakespeare—they're also going to re-create the lost works of Shakespeare! Somewhere in the infinite text generated by the Infinite Monkey Code (IMC) is the complete text of Love's Labour's Won and Cardenio at the very least! Not only that, but they're also generating sonnets we never knew were lost, all the rough drafts of all the Shakespeare plays, all the plays Shakespeare never got around to writing, and the complete works of Christopher Marlowe.

Who's up for reading through the infinite number of pages generated by the IMC to find these lost works?