Excellent Shakespeare Exhibit at the Newberry Library in Chicago 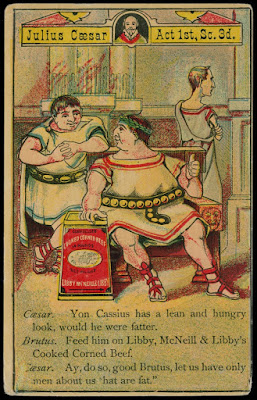 Let me give you some of the highlights—and you can get there to see the rest for yourself.

There are quartos and folios aplenty. True, some of the folios are second and third folios, but there is at least one first folio in the exhibit. There's also a quarto of Much Ado About Nothing—printed in 1600—and . . . are you ready for this?

They currently have the first folio of Hamlet (printed in 1603). That's right. Q1 of Hamlet. The bad quarto. The quarto so bad it's good. One of only two extant first quartos known. It's there. Right there. It's the first time it's travelled across the Atlantic, finding itself within a stone's throw of the only other Q1 of Hamlet in existence. Well, that assumes you can throw a stone from downtown Chicago to San Marino, but they're much closer than they've been in a long time. It was a thrill to see it, and utterly amazing that the Newberry convinced the British Library to let them borrow it (along with many other things).

They have some early examples of the "book of the play"—handwritten copies of the play for the propter to use during a particular production of the play.

They have some early diaries related to Shakespeare performance.

There are postage stamps and songs ("Caliban's Jig," anyone?), modern artistic printings of the plays, a copy of a poem written by James Boswell during the Shakespeare Jubilee of 1769, and a vast array of Shakespeare miscellanea.

In the "Shakespeare in America" section, an array of early advertisements featuring Shakespeare were on display. I wasn't allowed to take pictures, but the Newberry kindly supplied me with some images of the ads. One of them heads this page: it details how Libby, McNeill, & Libby's Cooked Corned Beef will help us have men about us who are fat. 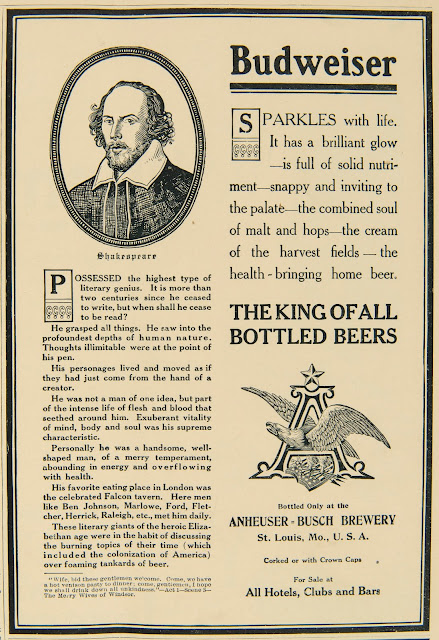 I find that fascinating, though I'm not sure why they claim that Shakespeare's "favorite eating place in London was the celebrated Falcon tavern." Perhaps the Mermaid didn't serve Budweiser.

We're also shown how "The gravedigger with his meal of canned meat pauses at his task and listens" while "Hamlet moralizes o'er the death of Yorick." He seems to be about to eat the best ox tongues—making us wonder why the can isn't printed with the line "That skull had a tongue in it once." 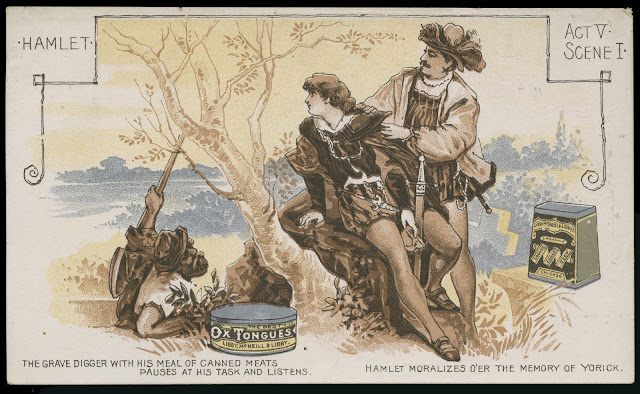 And a joke on whether wherefore means where or why is never out of place: 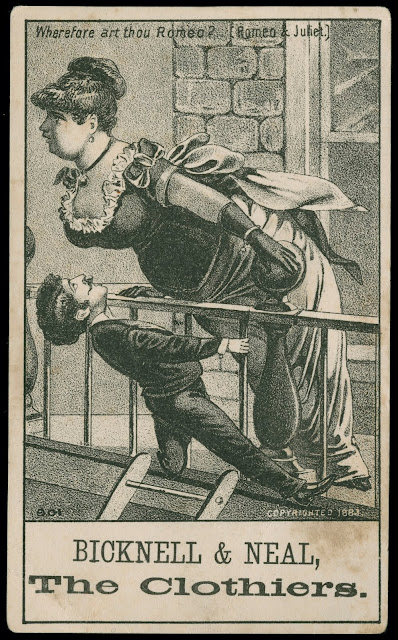 There was talk of Shakespeare and film in the exhibit, but only one video clip on display—but that one was a rare doozy! Ruth Page, the famous ballet dancer, put together modern dance choreography to provide the sense of three Shakespeare heroines in what might be called interpretative dance. The Newberry has provided a bit of that on YouTube (see below), but you'll have to get to the exhibit to see the full thing:

All of this—and a series of tremendously informative charts, labels, and explanations—like the one below, which takes us on a tour of Shakespeare in America: 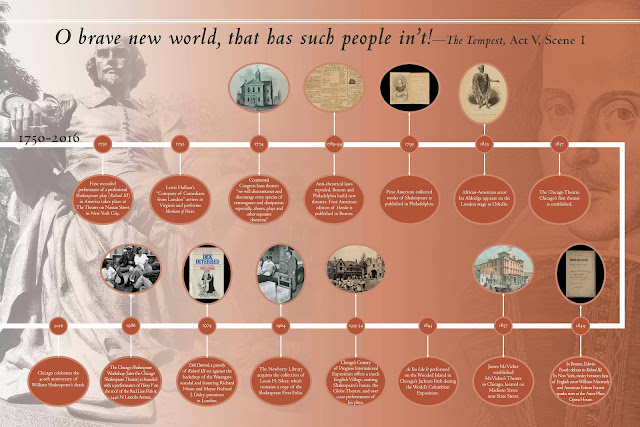 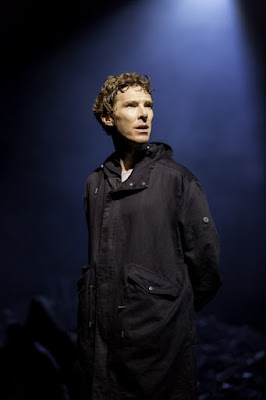 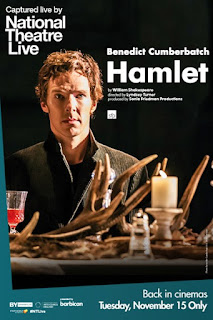