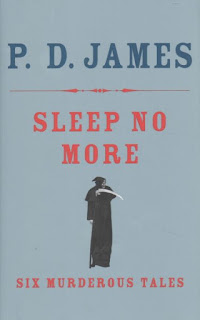 James, P. D. Sleep No More: Six Murderous Tales. New York: Knopf, 2017.
Apart from the title, there's not a lot of direct Shakespeare in Sleep No More, P. D. James' collection of short mysteries, but there is one story that I think provides an interesting take on Macbeth.

To tell you about it, I have to provide so many spoilers that you'll know most of the story.

If you don't want to know what happens in the short story "The Victim," pause this blog until you get a chance to read it. Don't worry—this post will be waiting for you when you get back.

Everyone caught up (or at a point where they don't mind spoiler)?  Good.

The narrator of "The Victim" is the first husband of a now-famous film star / socialite. She left him for her second husband, the man the narrator later kills. For months beforehand, he sends threatening notes to the second husband.

When the police try to figure out who did it, we learn that the socialite has an alibi—she was at a performance of Macbeth at the time of the murder—and the first husband manages to get away without leaving any evidence. The police are suspicious of him, but they are unable to pin anything on him. It's an unsolved case.

Three months later, the widow comes to visit her first husband. That's where there's a possibility of a Macbeth connection. She had received all the threatening letters, knew who they were from, and kept them to herself. She desired his death so that she could be free of him and so that she could inherit his wealth.

It turns out that she was emulating Lady Macbeth (after a fashion) all the time!

It might be a stretch, but I think there's something in it. Let me give you the last few pages of the story so you can decide for yourself: 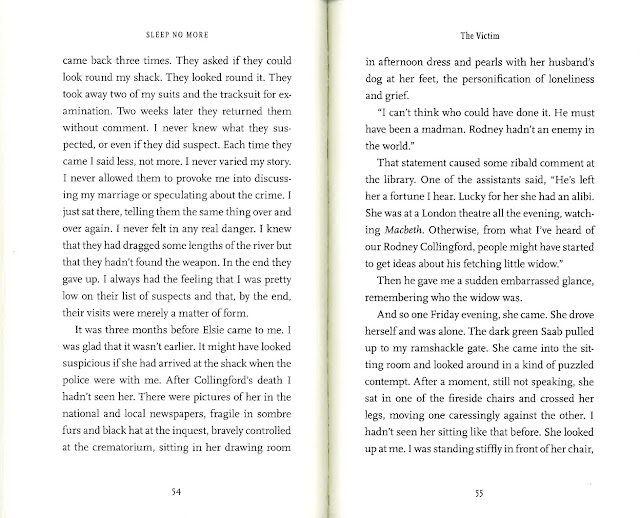 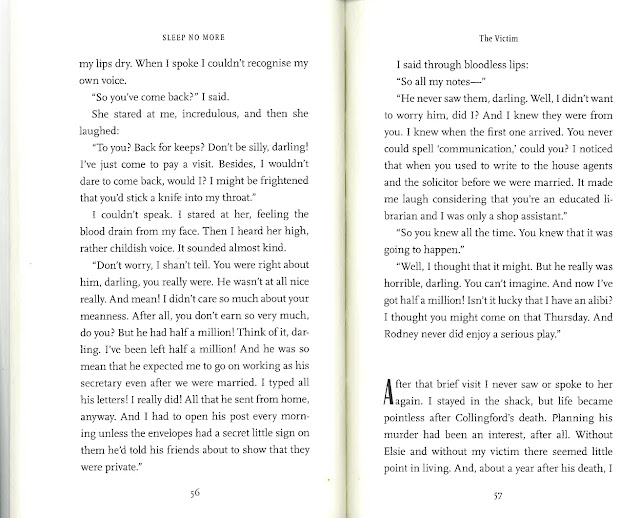 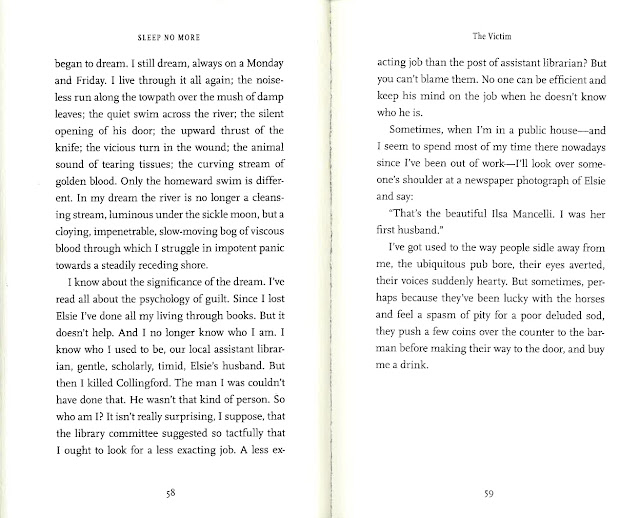 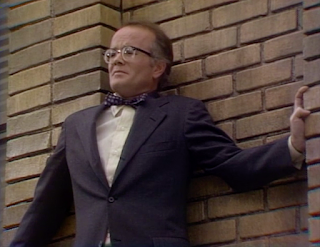 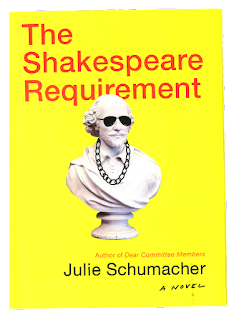 Because of that, I was looking forward to The Shakespeare Requirement, a novel set at the same fictional institution (Payne University).

And the concept of the book is particularly telling and relevant. An antiquated English professor refuses to sign off on what is essentially a new curriculum (the "Statement of Vision") for the university's English major because it contains no specific requirement of a Shakespeare course for graduation.

The chair has to talk to each of the faculty members and negotiate and compromise in order to pass the curriculum unanimously—and you all can imagine just how hard that might be.  And our ancient professor is, of course, determined not to compromise in any particular.

It's a good plot, and we gain insight into the politics of the modern university, but I did find the book to fall a bit flat. The plot is somewhat plodding, and there's not much passion in the professors' protestations.

Still, it carries itself along—even if the ending is on the anti-climatic side.

Here's a quick sample set of pages. In them, it is argued that Shakespeare is still going to have a place at the university—after all, a manga version of Macbeth is part of one professor's course! 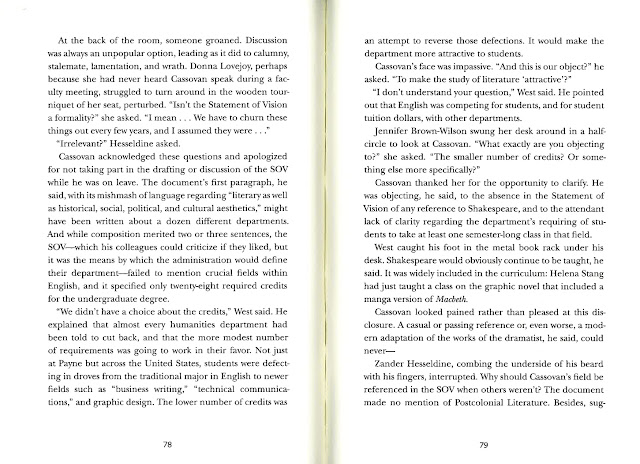