Book Note: How to Stop Time 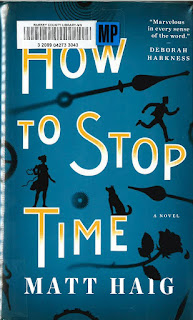 The book is about a small percentage of humans who age really, really slowly. Eventually, an organization discovers such people—and then they are largely beholden to the organization, doing what they're asked to do, moving where they're asked to move, and (above all) keeping secret the existence of such humans.

Our narrator had a daughter back in the age of Shakespeare, and he thinks she has the same slow-aging condition he has; he's been continually searching for her for centuries.

I agree that it's a good book—though, for a book about aging slowly and taking your time, the ending is incredibly rushed and largely unsatisfactory.  All the same, it's good, with clever alternating timelines.

Naturally, my favorites are those that alternate between the present day and Shakespeare's time. Here, therefore, are some quick examples. In the first, our narrator is a history teacher who is trying to pull information about the Elizabethan era out of his students: 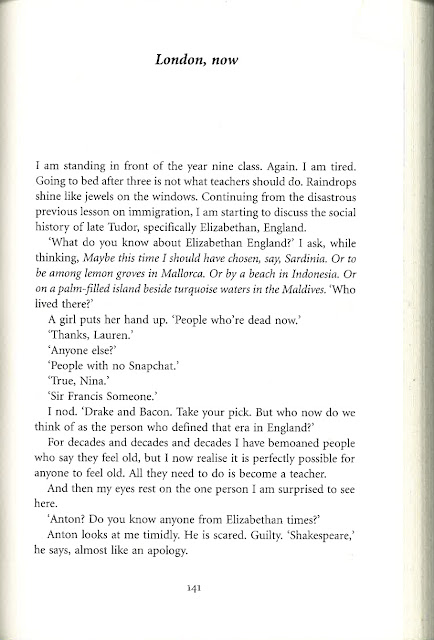 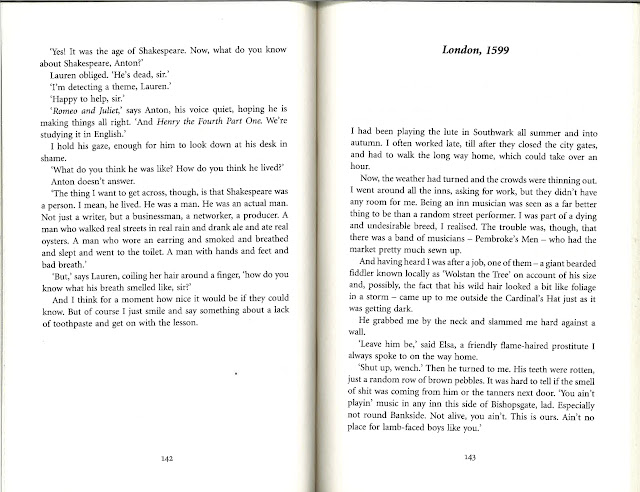 The next section has more to do with Shakespeare more directly. Here's a glimpse at Shakespeare in an off-duty moment: 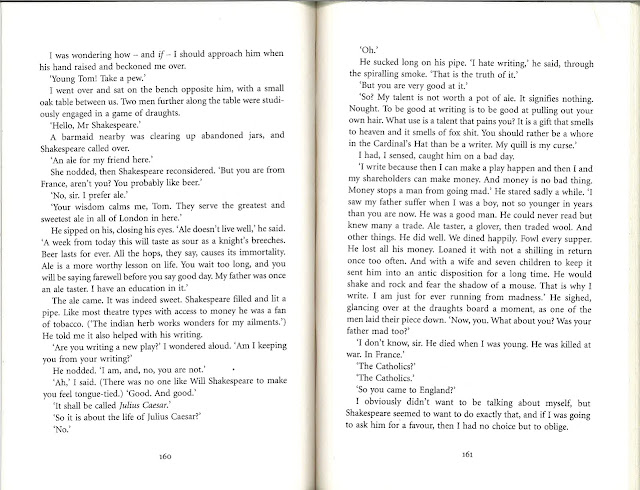 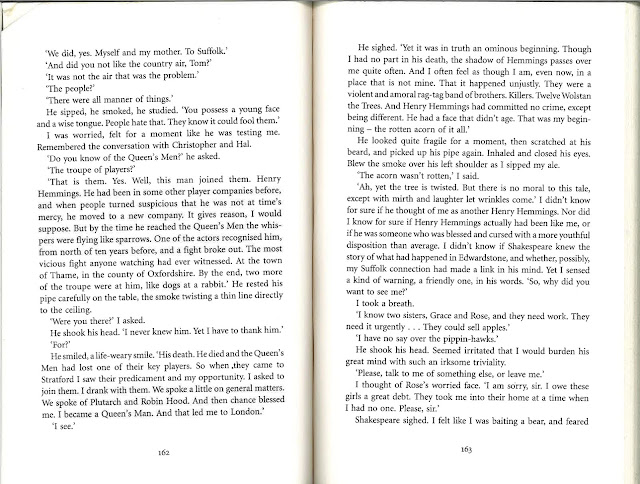 All in all, it's a creative, inventive novel that is well worth your while to read.
Click below to purchase the film from amazon.com
(and to support Bardfilm as you do so).