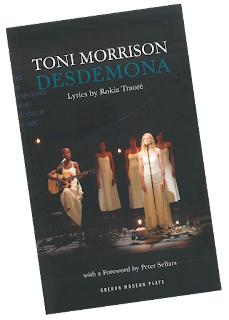 In my Literary Studies class, we study Rita Dove's Darker Face of the Earth. Her verse drama retells Sophocles' Oedipus Rex, recasting it in the antebellum South.

Toni Morrison's play doesn't retell or recast the story of Othello. Largely, it gives the impression of the characters meeting in the afterlife to discuss the events of the play.

That leads to some interesting discussions—for example, Desdemona's mother has a brief exchange with Othello's mother.

But Desdemona herself is the main voice we hear.

She reports on the stories Othello told to woo here (here's a brief sample—there are more stories related in the middle of the play): 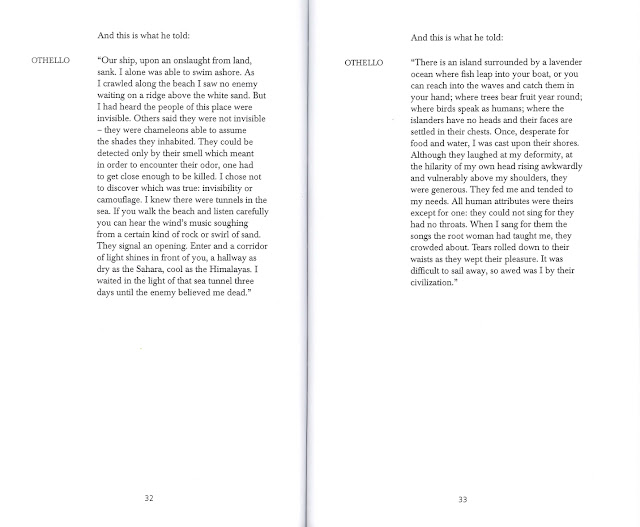 I find that intriguing—but even more fascinating was the use Morrison finds for Barbary. Readers of Othello may recall that, near the end of the play (and therefore—spoiler alert!—near the end of her life), Desdemona recalls a maid her mother used to have:


My mother had a maid call'd Barbary;
She was in love, and he she loved proved mad
And did forsake her: she had a song of "Willow,"
An old thing 'twas, but it express'd her fortune,
And she died singing it. That song to-night
Will not go from my mind; I have much to do,
But to go hang my head all at one side
And sing it like poor Barbary. (IV.iii.27-33)

The moment is thrilling and moving and complicated—Iago had early alluded to Othello as "a Barbary horse" (I.i.111-12)—"Barbary" meaning "Arab" (according to M. R. Ridley's Arden edition) or "The Saracen countries along the north coast of Africa" (according to the OED in def. II.4.a).

Barbary and Desdemona meet in this play, and the sensitive and touching memory is undermined by Barbary's declaration "We shared nothing" and her accusation "you don't even know my name."  I'm including that scene in its entirety: 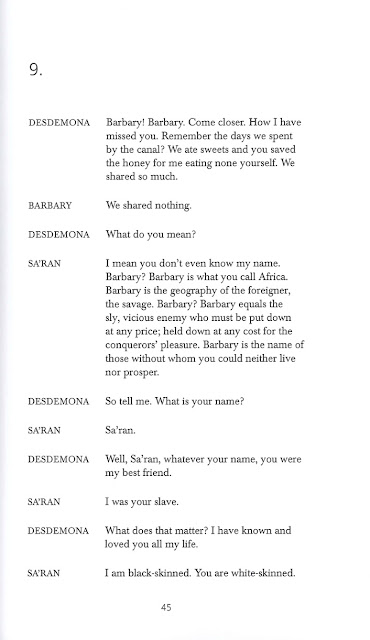 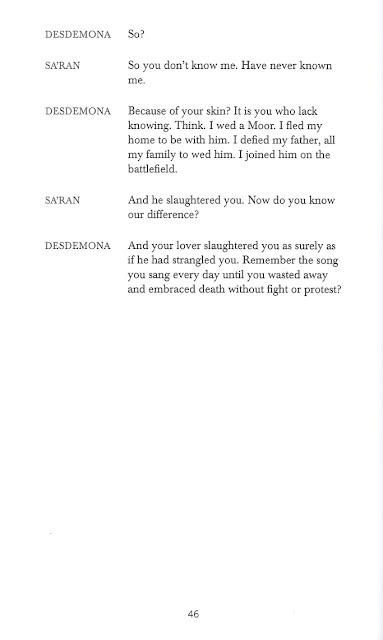 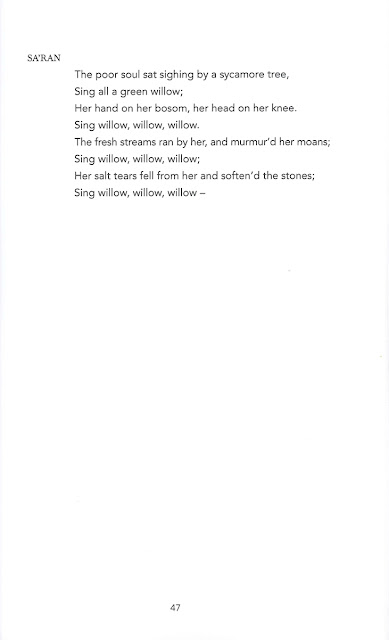 I find that to be a marvelous riff on that part of the play.

All of these scenes are interspersed with songs written by Rokia Traoré. They provide a different and poetic, lyric voice to many of the characters.

The work is short, but the doors it opens lead to long corridors.
Click below to purchase the film from amazon.com
(and to support Bardfilm as you do so).