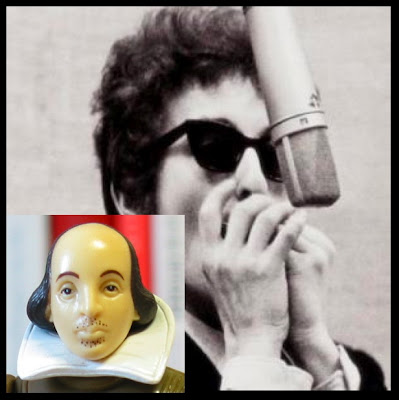 Dylan, Bob. “Seven Curses.” The Bootleg Series: Vol. 1-3. Columbia, 1991.
As a class, we determined that the folk narrative of the lecherous and unjust judge exemplified in Dylan's "Seven Curses" (for which, q.v.) differs from Shakespeare's version in several important respects:


The cumulative effect of all this is to make everything much more complicated.

Of course, Shakespeare has five acts for his version.  Dylan has just under four minutes.

Imagine what Dylan could do with five acts!  How about it, Bob?  A musical version of Measure for Measure?  Tell you what—have your people call my people.
Links: The song at bobdylan.com.