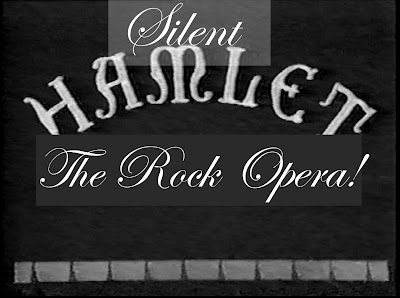 Hamlet: The Drama of Vengeance [Hamlet: Ein Rachedrama]. Dir. Svend Gade. Perf. Asta Neilsen. 1920. Videocassette. Sunland Video, n.d.
B-52s. "Rock Lobster" The B-52s. Rec. 1978. Reprise / Wea, 1990.
The final version of the video clip of the end of the 1920 silent German Hamlet is nearly ready. The title cards have been translated, some jerky footage has been replaced, and the commentary is partially composed. All that remains is to fit an appropriate soundtrack to the whole work.

The following is not that appropriate soundtrack. But, once again, I couldn't resist.


Note: Clip removed. It was too, too silly. Thank you.