Bob Dylan, Will Shakespeare, and Measure for Measure 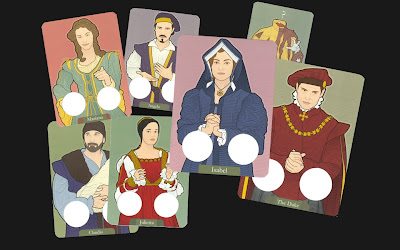 kj. "Imagine Bob Dylan Singing the Plot of Measure for Measure." Bardfilm: The Shakespeare and Film Microblog. Web. 7 February 2011. I've used Bob Dylan's "Seven Curses" (for which, q.v.) as a way of talking about the folk narrative background to Shakespeare's problem play Measure for Measure (for which, q.v.). This is a little something that grew out of that endeavor.

For my Shakespeare class last semester, I wrote and performed this song. And why should they get to hear something that the readers of Bardfilm don't (apart from the fact that they pay tuition, earn scholarships, write papers, study for hours, take examinations, and get college credit for the course)?

Imagine, then, if you will, what would happen if Bob Dylan were to sing the plot of Measure for Measure to the tune of his "Seven Curses" in about five minutes. Actually, you don't need to tax your imagination too much. Just watch the video below. Enjoy!


In case you want to follow along with the lyrics, here they are:

Imagine Bob Dylan Singing the Plot of Measure for Measure

Now Claudio got Julietta pregnant.
And they caught him and they brought him in.
But the Duke was out of town when the deal was going down,
And Angelo stood in for him.

Angelo . . . well, he was perfect.
He like enforcing laws that mentioned lust.
But he wasn’t very nice; his urine was congealed ice.
And, all in all, he wasn’t just.

So even though Claudio’s marriage might have been legal—
Sponsalia per verba de futuro—
He was condemned to die for begetting his small fry,
Condemned to die by Angelo.

Escalus spoke up for Claudio,
But Angelo wouldn’t listen at all.
“That man must surely die for begetting his small fry,
’Tis one thing to be tempted, another thing to fall.”

Did I mention that Claudio had a sister?
Well, he did, and her name was Isabel.
And she was pretty and young, and she wanted to be a nun.
With her in love Angelo fell.

“In order to release your brother,
Resign yourself to sleep with me,” he said.
“You must be kidding me! I’m a nun—about to be.
I’d rather see my brother dead.”

When Claudio heard Isabella’s story
He was mad that Angelo should be so base.
“That hypocrite! That cad! Why, he’s really very bad.
You mustn’t go. Remain chaste.”

Claudio thought Isabella shouldn’t.
But then he had another thought.
“Say, Isabel, my dear. Death is something all should fear:
To lie in cold obstruction and to rot.

“I think maybe you should do it.
It’s not such a deadly Deadly Sin.
You’ve got a lot to give. Sweet sister, let me live!
A vice can have a virtue hid within.”

Well, Isabella didn’t like the idea.
“I'll pray a thousand prayers for thy death,” she said.
And she might have—I don’t know—she was just about to go
When this Friar had a word with her instead.

I forgot to mention something important:
Something clearly crucial to the plot.
The Duke, who dressed in sienna, hadn’t really left Vienna
He disguised himself and overheard a lot.

“Now we know,” he said, “what these seemers be.
Angelo doesn’t seem that great to me.
But I’ll show you something strange—follow me to the moated grange,
And we’ll meet Angelo’s bride to be.”

“He has a fiancée?” asked Isabel.
“Not exactly—no—not anymore.
They were fixin’ to be wed, when Mariana said,
‘The dowry didn’t come through; I’m kinda poor.’

“So Angelo broke off the engagement.
But Mariana still loves that bozo.
She’ll be glad to take your place; and he’ll never see her face.
We’ll trick him into a ‘marriage’ sort of like Claudio’s.”

So they did. And Claudio’s pardon
Was expected by the Duke at any time.
But when the order came, the sentence was just the same.
Angelo was covering up his crime.

“Well, what do we do now?” asked the Provost.
The Duke said, “Well, we can’t kill Claudio.
But Angelo has to have a head. Use this pirate’s one instead,
And Angelo will never know.”

Then the Duke “returned”—himself—in person—
Heard everyone’s explanations with great pleasure.
Then he said, “Well, there you go. We should behead Angelo.
The title of the play is Measure for Measure.”

And then—well, it gets complicated.
Mariana begs for Angelo’s life.
And Isabel, who has her doubts, says, “All right. Pardon the lout.”
And the Duke says to her, “Be my wife.”

The moral of this whole story—
Forgive me if I start to preach—
Is “Hypocrites and liars (and Dukes disguised as Friars)
Should all show mercy each to each.”

Note: The finger puppets are from Michael Rogalski's Masterpuppet Theater: The World of Shakespeare—At Your Fingertips! set (for which, q.v.)—although the names have been changed to protect the innocent. In case the link above fails, here's a blog-native version of the video:

Perfect. The best I've ever heard. You didn't miss a beat or a plotline.

Absolutely, I would take your class.

During my career I found that teenagers responded more enthusiastically to Measure for Measure than to any other Shakespeare play, probably owing to its major themes of political, judicial, and sexual corruption and hypocrisy. I taught it 17 times to senior high school classes. Invariably, one of the most dramatic moments of my classes on the play would occur after I had read the passage in which the Povost reads the letter from Angelo: “Whatsoever you hear to the contrary, let Claudio be executed by four of the clock” (IV.ii.122–130). At that point I asked the students to refer to the lyric sheet for “Seven Curses” that I had put on their desks before the class. I then pushed “play” on the CD player. The students were always completely silent during Dylan’s performance and responded with outrage that after satisfying their lust Angelo and the judge both renege on their promises to Isabella and Reilly’s daughter.

Thanks, David and Richard, for your comments.

The "Seven Curses" parallels are irresistible—as is Dylan's haunting voice on that number. I'm interested to hear that others have used it as well!