The Dawn of Shakespearean Cinema 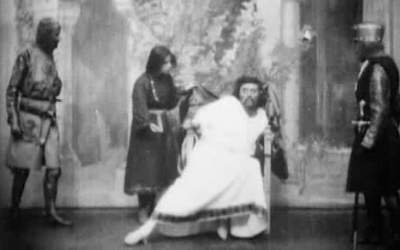 Well, I won't keep you in suspense. It was King John. It's the deathbed scene. It lasts about a minute and a half. It's not terribly interesting. But it is the earliest extant extract of Shakespeare on film—it was made in 1899:  a hundred and nine years ago!—and that makes it, of necessary, both significant and fascinating! Here it is, in its entirety: