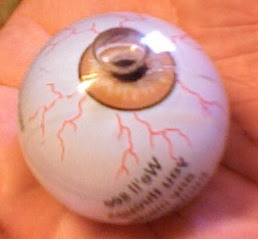 
The Tragedy of Lear is deservedly celebrated among the dramas of Shakespeare. There is perhaps no play which keeps the attention so strongly fixed; which so much agitates our passions and interests our curiosity. The artful involutions of distinct interests, the striking opposition of contrary characters, the sudden changes of fortune, and the quick succession of events, fill the mind with a perpetual tumult of indignation, pity, and hope. There is no scene which does not contribute to the aggravation of the distress or conduct of the action, and scarce a line which does not conduce to the progress of the scene. So powerful is the current of the poet’s imagination, that the mind, which once ventures within it, is hurried irresistibly along.

Oh, certainly. I hope that that happens when my students read the play, though one can easily become too bogged down in the footnotes to be pulled along quite as irresistibly as all that.

There's also the question of "scarce a line." Even with the high praise above, the blinding of Gloucester is a stumbling block, for Johnson as for others:


But I am not able to apologise with equal plausibility for the extrusion of Gloucester’s eyes, which seems an act too horrid to be endured in dramatick exhibition, and such as must always compel the mind to relieve its distress by incredulity. Yet let it be remembered that our authour well knew what would please the audience for which he wrote.

I suppose, with all the bear-baiting and seelèd doves of the Renaissance, this might be considered "pleasant" for an audience. But I would rather use the phrase "knew what would have a decided effect on his audience" than "knew what would please the audience." The reported death of Cornwall is more apt to "please" than the blinding of Gloucester.