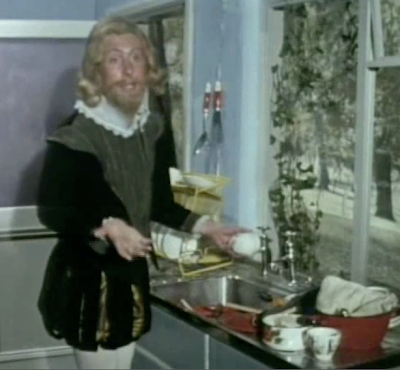 “Beethoven’s Mynah Bird.” “Archaeology Today.” By Monty Python et al. Perf. Terry Gilliam, John Cleese, Graham Chapman, Terry Jones, Michael Palin, and Eric Idle. Monty Python’s Flying Circus. Episode 21. BBC. 17 November 1970. DVD. New Video, 1999.
Shakespeare makes a minor—really, a transitional—appearance in this Monty Python sketch. In general, the sketch is about the family lives of "Great Men." Beethoven's having trouble with his symphony, Shakespeare had been thinking that "David" was a good name for his Danish Prince character, and Michelangelo has come up with a new name for his latest sculpture: