Looking for Whom? Richard or Shakespeare? Or Al Pacino? 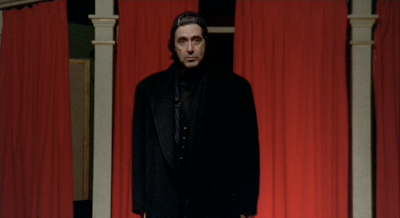 Al Pacino's Looking for Richard falls either into Rothwell's "Revues" category or into his "Documentaries" category of his "Seven Kinds of Shakespearean Derivatives" analysis (though, with this film, there's considerable overlap into other categories as well). As Al Pacino thinks about how to make a film of Richard III, he interviews people on the street (very casually), scholars, actors, and, perhaps primarily, himself as he tries to make sense of it.

The opening of the clip below exhibits how I often feel when reading or teaching Shakespeare. Take a look—you may have felt this way, too:


Links: A Site with Lesson Plans.