Act I, Scene ii of Richard III: One of the Hardest Scenes (to Play Convincingly) in Shakepeare 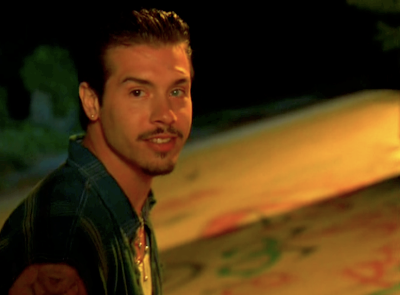 The Street King [a.k.a. King Rikki]. Dir. James Gavin Bedford. Perf. Jon Seda and Mario López. 2002. DVD. Universal Studios, 2003.
The Street King has a wonderful introduction. Its version of Richard III's I.ii isn't on the same level. It's over-the-top, filled with shouting, and not terribly convincing.

Perhaps it's meant to be.

The scene is hard to play convincingly. Richard has, in Shakespeare, killed the husband and the father of the women to whom he's professing love. Though she starts off by spitting at him, she ends up swayed by his protestations.

It takes a long time to get there, but Rikki provides a version of this speech from Richard III:


Rikki's version? "Not bad for a first date."