Shakespeare in The Twilight Zone: “A Quality of Mercy” 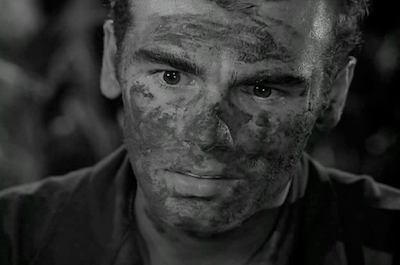 
The quality of mercy is not strain'd,
It droppeth as the gentle rain from heaven
Upon the place beneath . . . .
It blesseth him that gives and him that takes. (IV.i.184-87)

The episode's plot is a fairly-straightforward "put yourself in the other guy's shoes" narrative. An American soldier has been ordered to attack a group of Japanese soldiers in a cave; he inexplicably finds himself to be a Japanese solider preparing a similar attack on American soldiers in a cave. Through this, he learns, in essence, the Golden Rule.

At the episode's close, Rod Serling points toward the universality of the sentiment expressed by Portia:  it is "applicable to any moment in time, to any group of soldiery, to any nation on the face of the earth—or, as in this case, to the Twilight Zone."
Links: The Episode at Wikipedia.