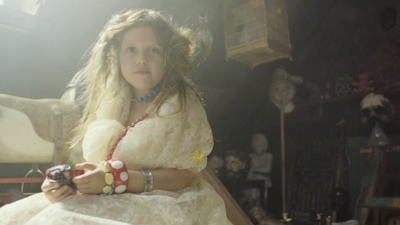 
As flies to wanton boys are we to the gods.
They kill us for their sport.

You wouldn't think that those lines would easily lend themselves to commodification. But the people of Straighty 180 alter these lines slightly and use them to market . . . marketing itself. Or, at least, to market themselves. See the startling, distrubing ad below: