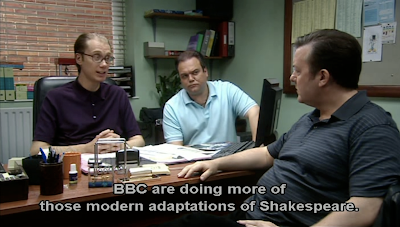 Our protagonist wants to do something more serious than a terrible sitcom to increase his acting credibility, so he asks his agent about the possibilities. Here’s the conversation (starting with the line in the image above):


Darren (the agent): BBC are doing more of those modern adaptations of Shakespeare. 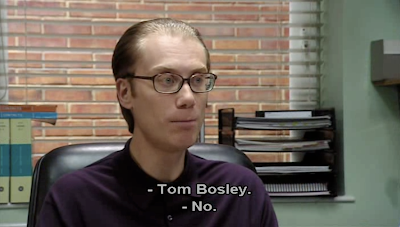 And here’s an extra picture for you: