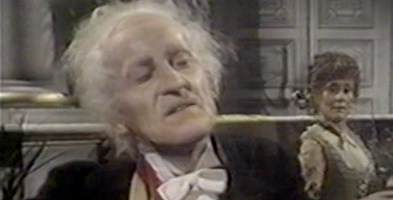 Merchant of Venice. Dir. John Sichel Perf. Laurence Olivier, Joan Plowright, Jeremy Brett, and Michael Jayston. 1973. Videocassette. LIVE Home Video, 1993. One of the remarkable things about Olivier’s Merchant of Venice (and there are many) is the second suitor. At 103, he’s clearly unsuitable for Portia even before he approaches the caskets. That unsuitability is part of the humor, of course—and there’s a fair amount of doddering and slapstick associated with the character—but there’s something more to it. The less suitable the suitors, the less reasonable the father’s will looks on the face of it.

Once the caskets are opened, however, the more unsuitable the suitors, the more we approve of the father’s will.
Copyright 2008-2039 by kj at 7:54 PM