The Emperor and Henry V 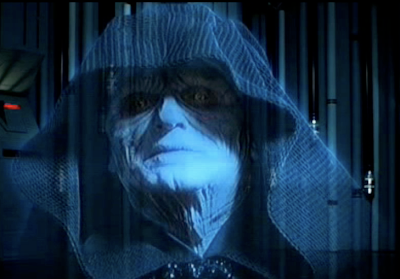 Henry V. Dir. Kenneth Branagh. Perf. Kenneth Branagh, Emma Thompson, and Judi Dench. 1989. DVD. MGM, 2000.
The Empire Strikes Back. Dir. Irvin Kershner. Perf. Mark Hamill, Harrison Ford, Carrie Fisher, and James Earl Jones. 1980. DVD.  Twentieth-Century Fox, 2008.
This possible allusion to The Empire Strikes Back is much more tenuous than the previous one, but the idea that Branagh's Henry V embodies both Darth Vader and the Emperor—the only one who could command Darth Vader—is intriguing.  It's particularly intriguing in a scene where Henry V thinks back on the evils his father had done.  Hmmm.  Maybe it's not so tenuous!


Links: The Empire Strikes Back at IMDB. Henry V at IMDB.