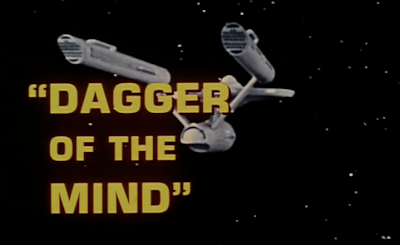 “Dagger of the Mind.” By S. Bar-David (Pseudonym) [Shimon Wincelberg]. Perf. William Shatner, Leonard Nimoy, DeForest Kelley, and Nichelle Nichols. Dir. Vincent McEveety. Star Trek. Season 1, episode 9. NBC. 3 November 1966. DVD. Paramount, 2007.Fairly frequently, the connection between Shakespeare and Star Trek is merely titular. [All right, junior high readers—you can stop laughing now.] The titles are drawn from Shakespeare, in other words, but the plots have only the most superficial connection—if that—to their titles.
Unlike “By Any Other Name” and “Conscience of the King” (for which, q.v. and q.v. respectively), episodes that (more or less—and sometimes less than more, I'll admit) connect their Shakespearean titles with Shakespearean matter in their plots, these episodes, called "titularly parasitical" by a scholar in the field (for which, q.v.), have a title that alludes to Shakespeare but don't do much beyond that. [Junior high readers may need a bit of time here to repeat the phrase "titularly parasitical" a few times amidst giggles. Now we can go on.]

For your convenience, I've provided screen shots of the title cards of these episodes, together with citations (in proper MLA form) for each and (where it seems appropriate) some commentary.

The first connection between Shakespeare and Star Trek is listed and pictured above: “Dagger of the Mind.” The allusion is to Macbeth, naturally, but the plot doesn't take us too far along those lines. It's about a prisoner who escapes from the Tantalus Penal Colony. [Hello? Junior high readers? Can we come back to the subject for a minute? Please? All right. Quiet down now. Quiet! That's better. Thanks.] Anyway, he's from this penal colony [Oh, come on!] where they make the prisoners see what they want them to see. That's all. Except here's a screen shot of the pharmaceutical delivery that begins the episode: 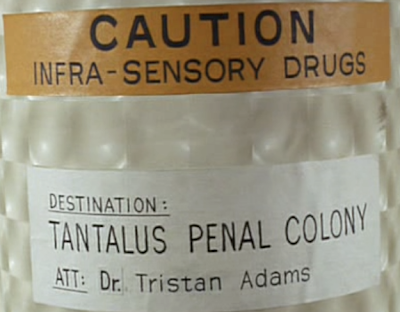 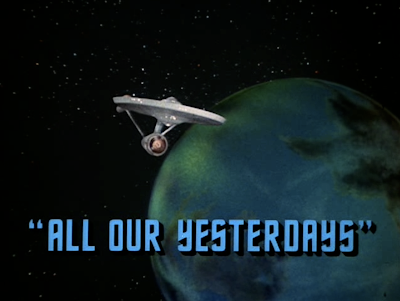 “All our Yesterdays.” By Jean Lisette Aroeste. Perf. William Shatner, Leonard Nimoy, DeForest Kelley, and James Doohan. Dir. Marvin Chomsky. Star Trek. Season 3, episode 23. NBC. 14 March 1969. DVD. Paramount, 2008.
In "All our Yesterdays," time travel saves people at the end of their civilization.  The Shakespearean title gives it a tone that "People Jump Backward in Time Before their Planet Explodes" didn't really have.  The allusion in the title is to Macbeth's "Tomorrow and tomorrow and tomorrow" speech.  I suppose something could be made of the way the civilization stands at its "last syllable of recorded time"—but I'm not going to do it.

Star Trek V: The Final Frontier. Dir. William Shatner. Perf. William Shatner, Leonard Nimoy, DeForest Kelley, Nichelle Nichols, James Doohan, Walter Koenig, and George Takei. 1989. DVD. Paramount, 2005.
I suppose the allusion in the title here might be considered more illusionary.  In my mind, I connect the "final frontier" with the border "from whose bourn / No traveller returns" of Hamlet's "To be or not to be" soliloquy.  But I could be convinced that they have very little in common.  This is not true of the next title, however.

Star Trek VI: The Undiscovered Country. Dir. Nicholas Meyer. Perf. William Shatner, Leonard Nimoy, DeForest Kelley, Nichelle Nichols, James Doohan, Walter Koenig, and George Takei. 1991. DVD. Paramount, 2003.
Clearly, the reference here is to the "Undiscovered country from whose bourn / No traveller returns," although one of the Klingon commanders defines it as "the future" (for which, q.v.). In this film, Bones and Kirk think that they will never return when are sentenced to life imprisonment on a penal asteroid. [That's enough, junior high readers!  Oh, I give up.] 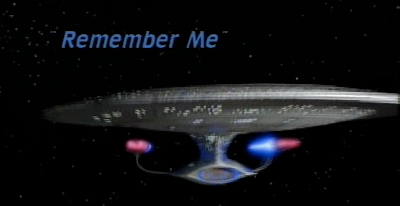 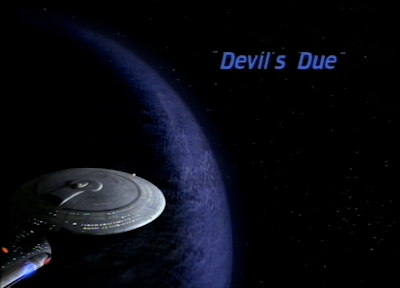 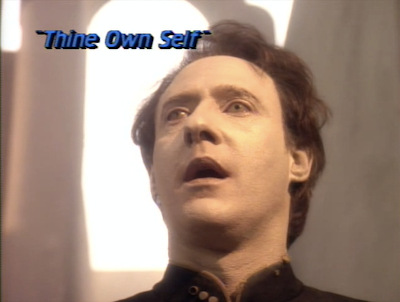 And again with the Hamlet reference in the title!
I'll try to return to deeper integrations of Shakespeare in Star Trek next time.