Trekking of a Shrew: Star Trek's version of The Taming of the Shrew 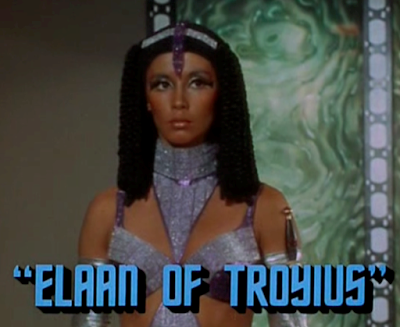 Actually, I don't know of an old saying that says that, but perhaps we can start that here (although my attempt to make the phrase "It wouldn't be a cliché if it weren't true" into a cliché never caught on). The old / new saying is at least true of ST: TOS.

In this episode, the Enterprise must transport a shrew who needs, at the very least, civilizing, if not actual taming. Or that's what the opening sequence suggests.

The "Elaan of Troius" episode is frequently cited as a Taming spin-off. But, honestly? It seems to have throwing dishes and not wanting to be married in common with the Elizabeth Taylor film version, but not too much else. On the other hand, that's enough! Enjoy!