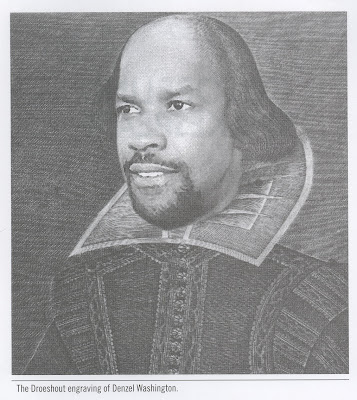 Colorblind Shakespeare: New Perspectives on Race and Performance. Ed. Ayanna Thompson. New York: Routledge, 2006.
Whether you're thrilled beyond belief or despondent beyond words at the various outcomes of yesterday's election, you must agree that electing an African-American man to the Presidency of the United States of America is a (or an) historic moment.

Well, that's a bit weak. I suppose that all moments are historic moments—though elections, perhaps, may be a bit more so.

What I meant to say is that, whether I agree or disagree with some or all of his policies, I'm glad that we could elect an African-American to the highest political office in the land.

In 2 Henry IV, the Archbishop of York says this:


A peace is of the nature of a conquest;
For then both parties nobly are subdued,
And neither party loser. (IV.ii.89-91)

On the point of electing a black man to the presidency, at least, perhaps neither parter is a loser.

To take it into Shakespearean territory, I present the frontispiece image from Colorblind Shakespeare: "The Droeshout engraving of Denzel Washington."

The book itself looks like a very interesting collection of a dozen essays on issues of race in Shakespeare. I have yet, alas, to read the volume—it's been on my shelf for six months now, and the library keeps asking for it back. But soon and very soon I hope to get to it. If I do, you can count on a post or two about it!