Star Trek Deconstructs the Romantic Use of the Sonnets 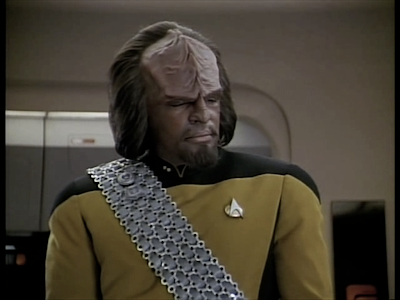 I've written about this episode before, mentioning the slight inaccuracies in the quotations and the unamused look on Worf's face, but I didn't include a clip of all the silliness that surrounds them.

We're treated to sections of Sonnets 147 and 141, after which we jump to Sonnet 18. A smattering of Othello rounds out the jealousy Picard is attempting to portray. Then Picard adds a sliver of Alfred, Lord Tennyson—just to round things off.