Richard III. Dir. Matthew Arbour. Perf. Andrew Borba. Shakespeare Festival St. Louis. St. Louis, Missouri. 21 May—15 June 2008. To use a phrase popularized by Dave Barry, an alert reader—my mom—sent in this diagram from the St. Louis Post Dispatch. Apparently, Forest Park will be filled with the melodious strains of one of the English Civil Wars.

“Now is the [summer] of our [great] content,” one might say. That is, one might say that if one was the kind of person who used the “one might” construction and suffered from an inclination to paraphrase Shakespeare in the manner of a newspaper caption writer.

Fortunately for one’s gentle readers, one is not that kind of person. But I do wish we could make it to St. Louis this summer. I suppose I’ll have to leave the report on the play to some other alert readers. What are you doing from now until June 15, Dad?

The image is rather small, but if you click on it, it should load up a larger copy. 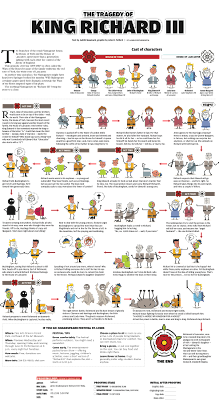