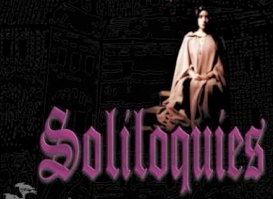 Though it’s extremely painful, hearing a few minutes of the video listed above will make good acting more apparent. It’s a kind of a way to “by indirections find directions out.” And if you’re a Netflix subscriber, you can play it instantly to know instantly how insanely bad it is.

Brief let me be. The film is a collection of bad actors perfoming Shakespeare badly. I should have known with introductoy lines such as these:

But what confirmed its incompatible badness is the utter flippancy of the script. To one actor’s intriguing announcement that, during this film, “. . . you’ll hear many phrases which have become an integral part of our daily conversation, he says the following:

I think I used one yesterday—“The first thing we do--let’s kill all the lawyers”—which I believe was originally from Henry IV, Part One. Used more recently by myself . . . a little irate . . . on the telephone.

He thinks he used one yesterday? He believes it from 1 Henry IV, does he? Preposterous!