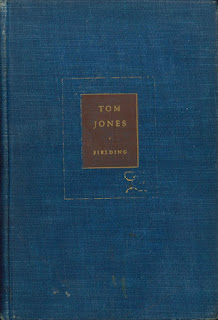 Fielding, Henry. The History of Tom Jones, A Foundling. New York: Modern Library, n.d.
I've been reading a lot of modern Shakespearean fiction recently—and also Tom Jones, which is really just one of those three. But it does have a lot of Shakespeare in it (by way of quotations or allusions), and some of the comic scenes (particularly those involving exasperating servants) have a Shakespearean flavor to them.

But there's also a scene where some of our main characters head off to the theatre. The summary of Book XVI, chapter v is a beginning:  "In which Jones receives a letter from Sophia, and goes to a play with Mrs Miller and Partridge." But when we get there, we learn not only that they're seeing a production of Hamlet, but they're seeing David Garrick in the title role!

Garrick is known for his tireless promotion of Shakespeare, including his organization of the 1769 Shakespeare Jubilee in Stratford.

In any case, the scene in Tom Jones brings to mind the Shakespeare scenes from Huckleberry Finn (for which, q.v.). Partridge, Tom's loyal traveling companion, doesn't think much of the play—and is particularly scornful of the Ghost, saying, "Though I can’t say I ever actually saw a ghost in my life, yet I am certain I should know one, if I saw him, better than that comes to. No, no, sir, ghosts don’t appear in such dresses as that, neither" (737).

All that changes when he sees how Garrick reacts to the ghost. But I'll let you read it yourself. Note: The full text of the novel is readily-available, but I'm providing images from my copy for your edification. The section in question begins at the second full paragraph on page 737: 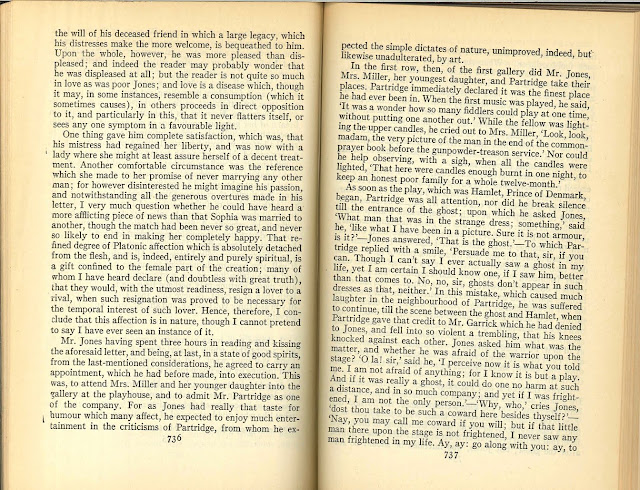 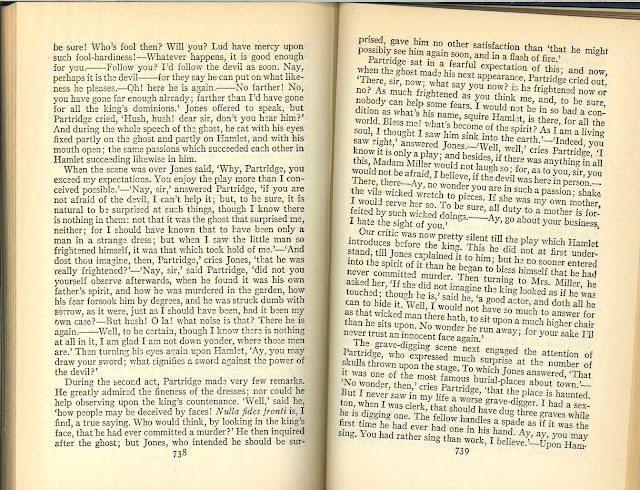 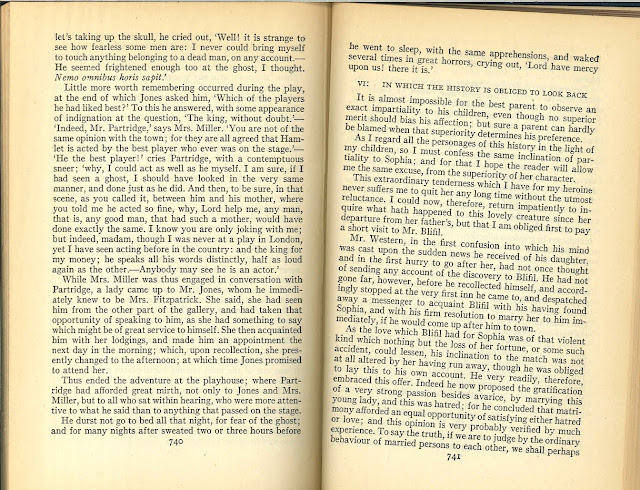 It's a fascinating fictional account of a trip to the playhouse in the middle of the 1700s. Would that we had been there. It would have much amazed us.