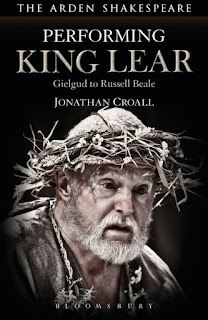 The research is intricate and careful, providing contemporary reviews, interviews with actors and directors, and (to a lesser degree) critical commentary on the productions.

The book is organized by performance, which means that readers can either read the work straight through and get a sense of the development of the modern stage by means of how one one play has been staged or pick and choose to read about particular productions / actors / directors that interest them.

Want to know how Peter Brook's production with Paul Scofield influenced nearly every production that followed it?  You'll find that here.  Want to learn how they got a good Lear out of Nicol Williamson? It's here. Want to think about how Derek Jacobi, Ian McKellen, Richard Briers, Christopher Plummer, or Peter Ustinov approached the role? This is every inch the book.

Let me provide a sample page and a sample image from the book. First, here's a bit of the section on richard Briers' performance (directed by Kenneth Branagh): 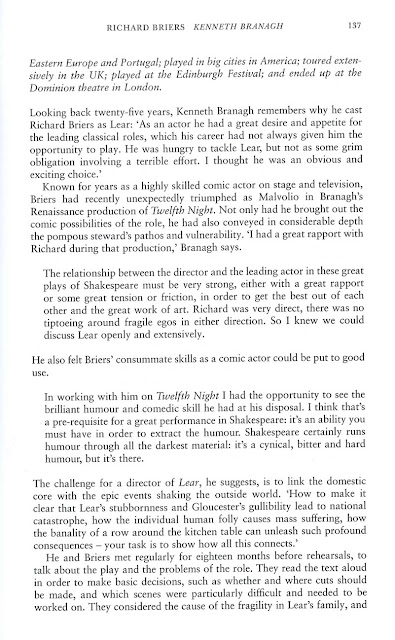 Next, here's one of an unfortunately-limited selection of images—Joseph Marcell (directed by Bill Buckhurst in 2014): 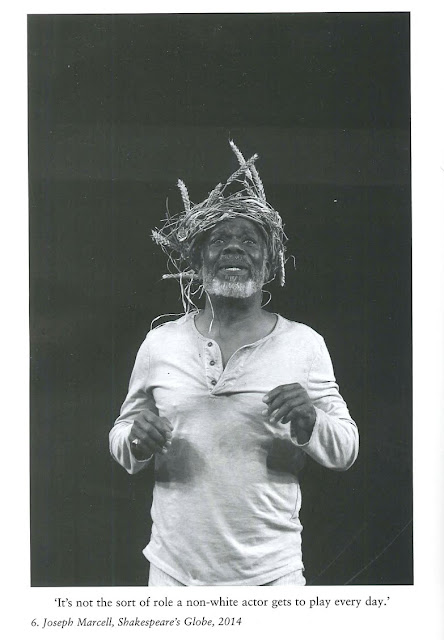 Croall mentions film versions of King Lear in passing, and the ones he mentions are usually film versions of the stage plays he's detailing. Bardfilm would like to suggest a sequel that covers the films more fully.

But that isn't a weakness. Croall is writing about stage productions that can no longer be seen. We can watch and re-watch a huge number of film versions of Lear, but we can't get a ticket to any of John Gielgud's Lears—not even on StubHub. The only production Croall writes about that I saw is the 2007 Ian McKellen King Lear directed by Trevor Nunn, and Croall provides tremendous insight into that show.

Performing King Lear is an incredibly valuable and utterly fascinating text that gives its readers a detailed sense of the scope and depth of modern productions of King Lear.
Click below to purchase the book from amazon.com
(and to support Bardfilm as you do so).