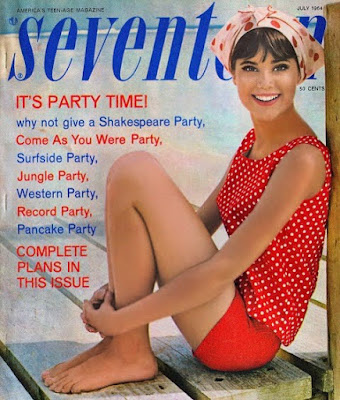 "Midsummer Night's Madness." Seventeen July 1964: 54+.
A little while ago, an image of the cover of the July 1964 Seventeen magazine started making the rounds. It purported to offer help in planning a number of different parties—among them a Shakespeare Party.

The cover was nice and entertaining, but it wasn't enough for Bardfilm—oh, no. With research librarians who have my back, I set out to find the details of the party. Here's what I discovered:


The scene: a garage. Out in the driveway couples are twisting to madrigals. Offstage a noisy chorus of "Happy Birthday, Dear Will" is just ending. It's Shakespeare's Year; his four-hundredth birthday. Join the fun! Plan your party for ten and send out the word to come As You Like It—as Juliet or donkey-headed Bottom or Prince Hal in shiny foil-and-cardboard armor. You put together the armor (boys tend to make much Ado about Nothing over such things) and let your beau help set the stage for the party. (54)

Of course, you may wish to go all out with the invitations and the food:

We're advised to keep attendance from being too easy: "Admission: twenty lines of Shakespeare, memorized" (55).

I'm not too sure about the Hamletburgers—particularly because they're described as "'A dish,' to quote Shakespeare again, 'fit for the gods'" (104). It's a bit off-putting when you realize that the quote is Brutus describing the future corpse of Julius Caesar rather than a delectable dinner concoction: 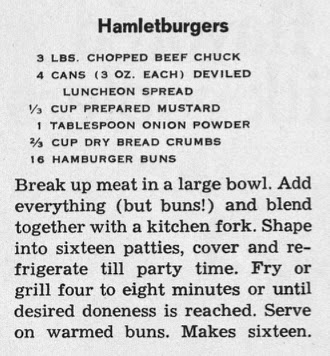 I'd certainly be wiling to try the Maids of Honor: 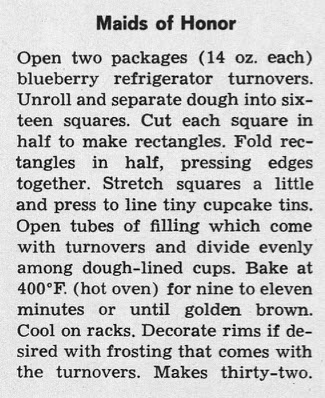 Finally, he's the full two-page photo spread from the article: 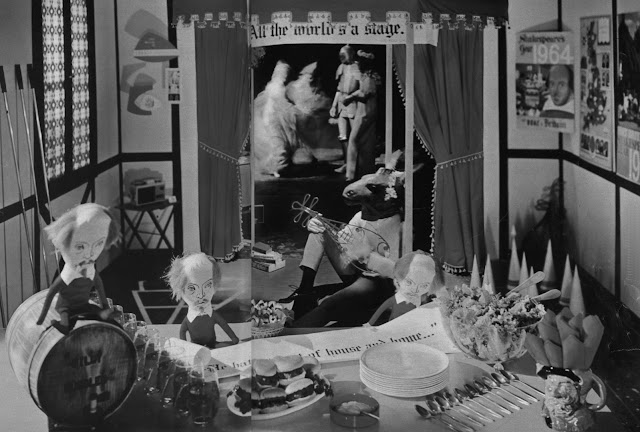 There's not much summer left—who's going to throw this party . . . and then invite me to it?