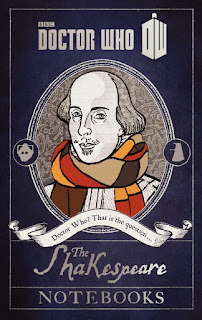 Richards, Justin. Doctor Who: The Shakespeare Notebooks. New York: Harper Design, 2014.
Have you ever been excited about something you thought could be really great and then found yourself exceedingly disappointed in it?  I mean, besides this blog?

You (probably) know that I'm a Shakespeare fan. I'm also a Doctor Who fan. And I love when the two collide (for one instance of which, q.v.).

The book has some "journal written by Shakespeare," but it's mostly "drafts of famous scenes with interpolations by various Doctors.

Here's an example of the former: 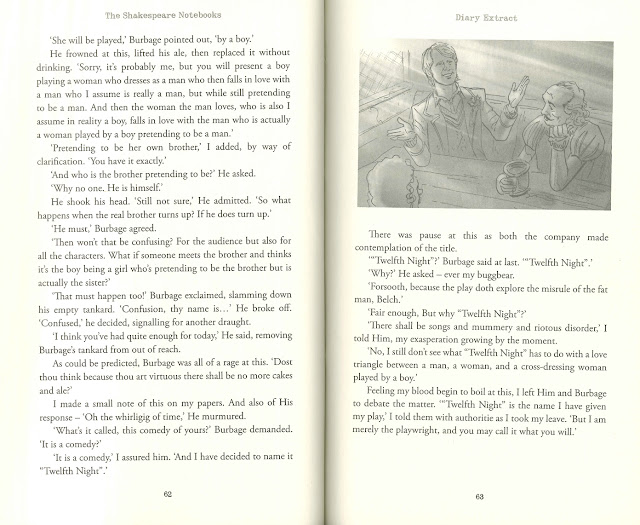 And here's an example of the latter: 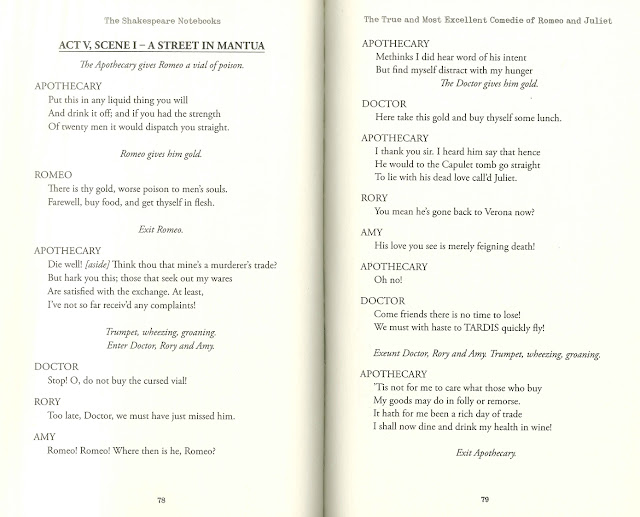 I'm afraid there's just not too much to thrill in all that.

In closing, here's an example of the "modified quotes from Shakespeare" genre that are sprinkled throughout the text: 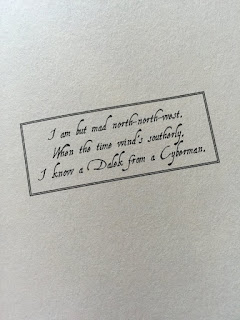