Puppets Perform The Taming of the Shrew in Forty-Eight Seconds 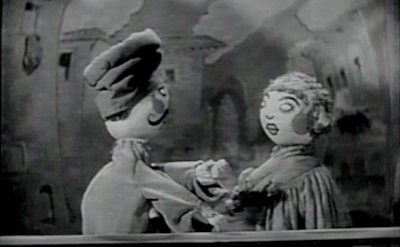 But it also invites us to consider whether a streamlined Shrew—a version of Taming stripped of all but the barest of bare essentials—would be in any way satisfactory. If this is all there is to the drama, why not get it over with in the forty-eight seconds it takes for the puppets to fall in love?

The answer is that there's much more depth to consider—and that's true even of Sam Taylor's sixty-three minute version of the play.
Links: The Film at IMDB.