Hamlet: The Soliloquy in Six Syllables 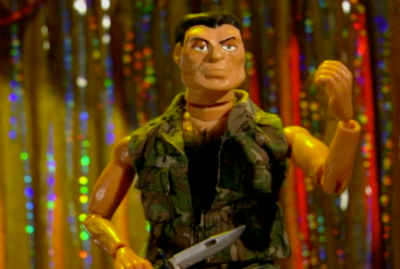 However, they also are the ones responsible for Rex the Runt. And "responsible" may be the right word—the show tends to be rude and scatological and is probably not geared toward the same age range as is Wallace and Gromit.

But I told you that to tell you this: If you needed any sort of confirmation that Shakespeare was deeply, deeply embedded in western culture, you have only to consider this clip from Rex the Runt. In it, one of the actors up for the audition (for the role of "Beast of Crannock Moor"—long story—watch the episode for more details) gives us just six syllables (since he's a G. I. Joe analogue, his lips are sealed shut from his date of manufacture):


With almost no clues (the bodkin, the word "soliloquy" and the phrase "cultured and all" may count as clues), the auditionee is able to convey Hamlet's "To be or not to be" with only these sounds: "Mmm mmm mm mmmm mmmm mmm."