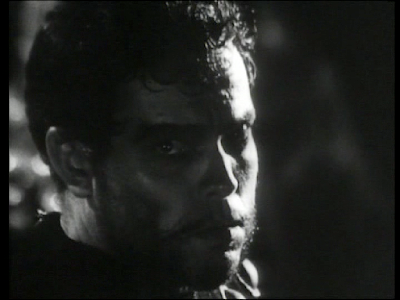 
Part of its mastery is its use of voiceover for most of the speech. That, combined with Welles' magnificent camera work (including angles, shadows, and focus—or out-of-focus—effects) give us a Macbeth who is more disoriented than evil. Welles seems to have taken Macbeth's inability to sleep and extended it into all aspects of the character. At first, he appears to be playing Macbeth drunk. Upon consideration, he's playing Macbeth as sleep-deprived.  As a college teacher, I recognize this as method acting worth of Stanislavski himself!

That, in turn, gives the witches extraordinary persuasive power. This Macbeth is manipulated.

Another part of this scene that is masterful is Welles' placement of Lady Macbeth's speeches of encouragement—placing them this close to the murder gives them an immediacy that is sometimes lost if they are placed too early. That, too, gives us greater sympathy with this Macbeth—he's less deeply determined to murder Duncan if he needs such convincing this late in the plan.

Of course, the giant steel blisters on the armor help. But I said I'd put off making fun of the costumes until later.


And now, let the mockery begin! 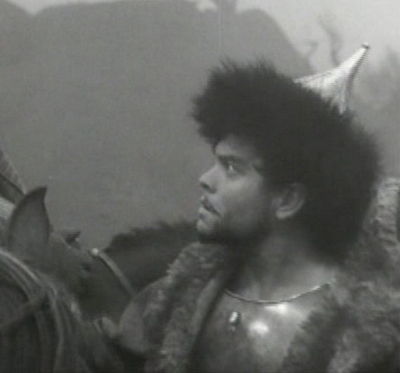 This is the first helmet. It's a Grenadier Guard's helmet with the hat the Tin Man from The Wizard of Oz wore stuffed on top of it. 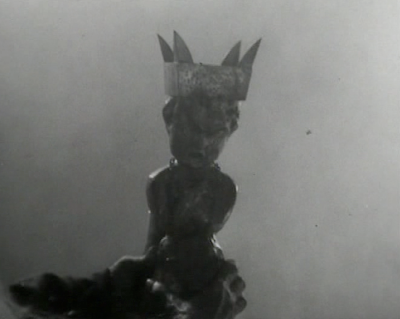 This is our first glimpse of the Giant Pointy Shoebox Crown—the witches are placing it on their voodoo doll of Macbeth. 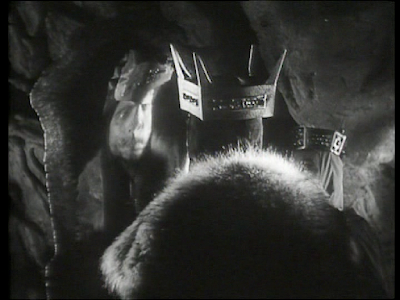 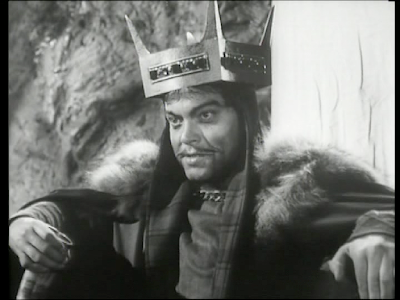 More seriously, here's Macbeth on his throne.  But don't let the smile fool you:  It's not that easy being king (as a Kermit the Frog Macbeth might sing). 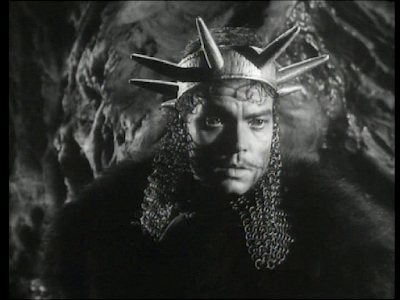 Macbeth welcomes the "huddled masses yearning to breathe free." It's too bad that he looks so much like so much wretched refuse. 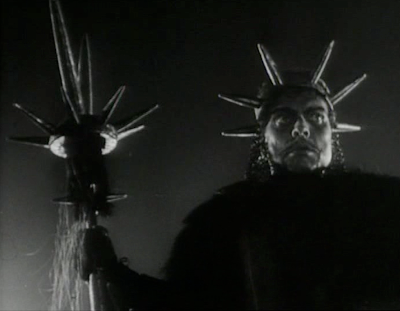 Finally, Macbeth as the Klingon Statue of Liberty! Yes, it's another point of juncture between Shakespeare and Star Trek!


Finally, a completely-unmockable shot—look at the use of lighting, shadows, and camera angles here! Man, Welles! 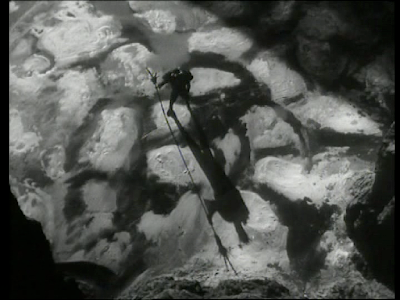