Book Note: By the Picking of my Nose 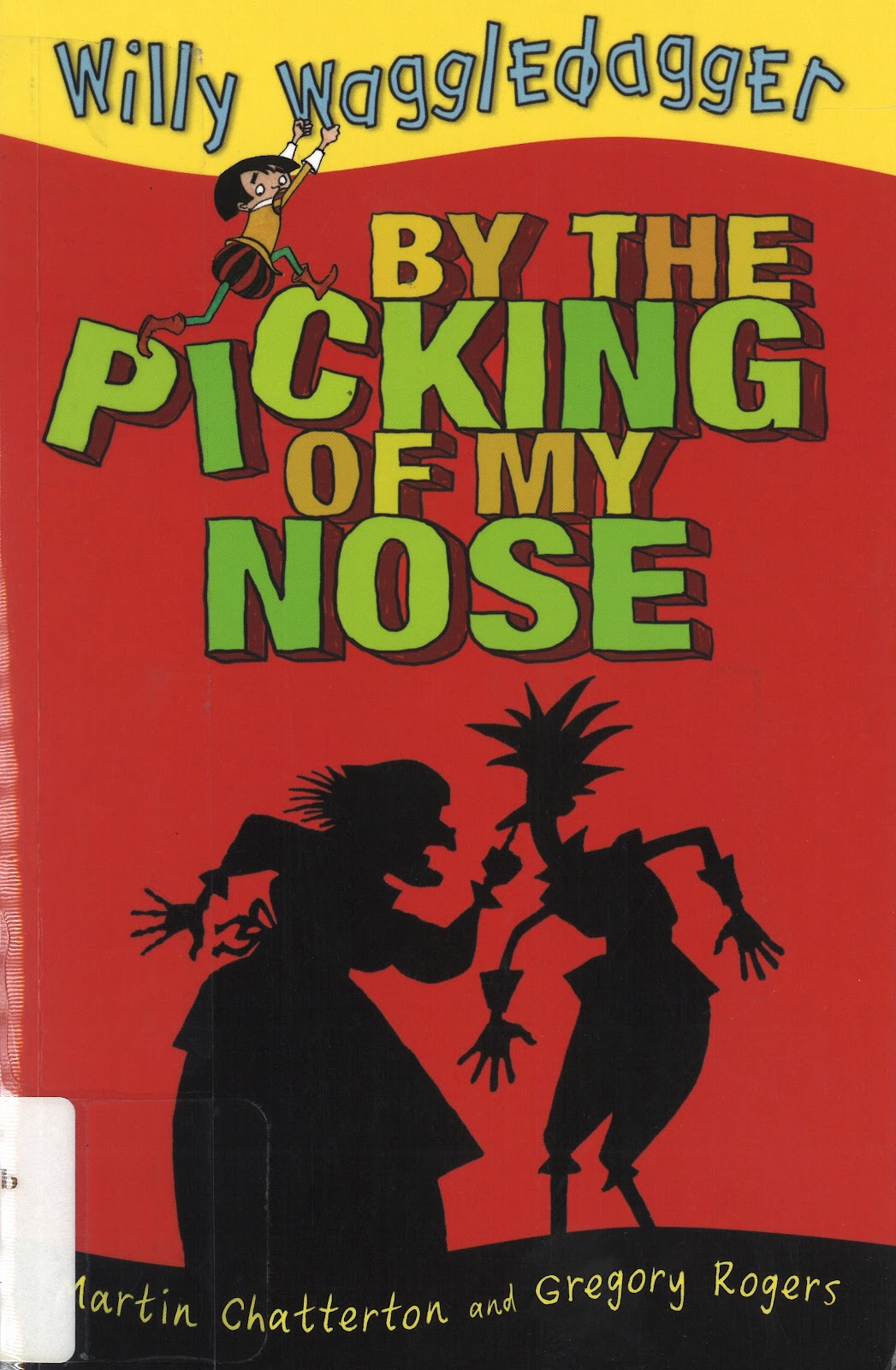 Chatterton, Martin. By the Picking of my Nose. Illus. Gregory Rogers. Australia: Little Hare Books, 2011.If you're expecting this Willy Waggledagger book to be a somewhat gross and juvenile retelling of Macbeth, you wouldn't be far wrong. The title line is paired up in this way: "By the picking of my nose, / Something evil this way goes."
But if you're also expecting it to go beyond that genre in some ways, you'd be leaning in the right direction.
In this, the first of three Willy Waggledagger books (the other two are Chew Bee or Not Chew Bee and A Belt Around my Bum), we meet young William Shakespeare growing up in Stratford. He wants nothing more than to attend the current performance at the Stratford Theatre (yes, we do need to suspend our disbelief there), but no children are allowed at the theater and his father wants him to work. Yet Willy disguises himself and sneaks off to the theatre where he disrupts the performance yet earns the laughter of the audience—among whom is Queen Elizabeth (yes, there's a lot more disbelief to suspend).
Eventually, he takes on the pseudonym Willy Waggledagger, joins the company, and hijinks ensue. There are three witch-like cooks who predict the future by reading people's noses (and the stuff that comes out of them), and there's a plot to unset the current lead actor. I imagine those who have read Macbeth will get the drift of the plot.
Here's the opening of the book: 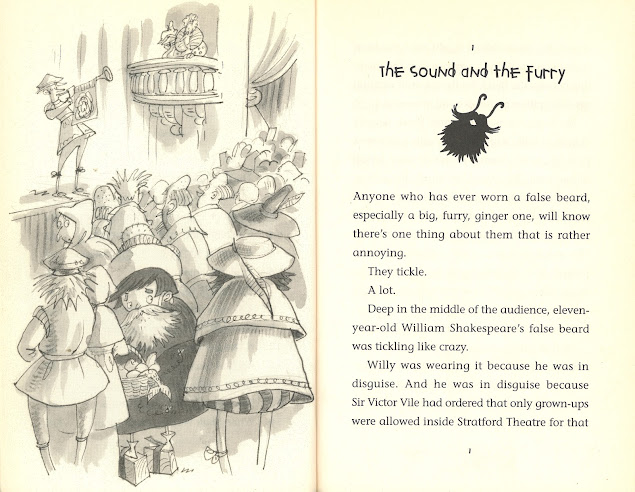 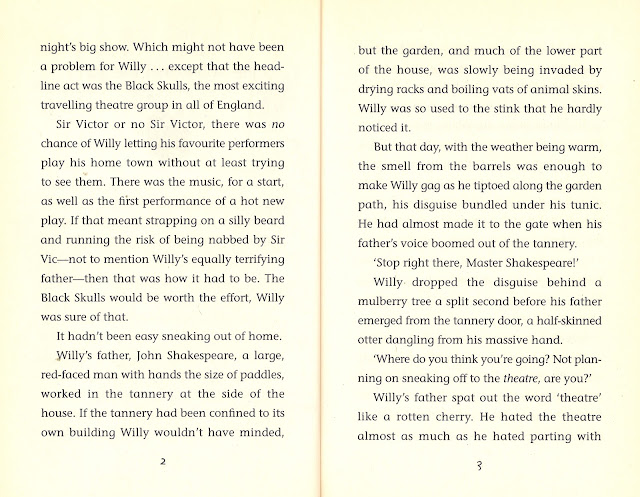 This book in the series isn't earth-shattering (I'll try the others later this summer), but it is an entertaining narrative, and it's nicely illustrated by Gregory Rogers, who did The Boy, the Bear, the Baron, the Bard (for which, q.v.).
Update: The other two are much the same, employing elements of Midsummer Night's Dream and Hamlet respectively to tell their zany stories.
Click below to purchase the book from amazon.com
(and to support Bardfilm as you do so).