Book Note: The Boy, the Bear, the Baron, the Bard 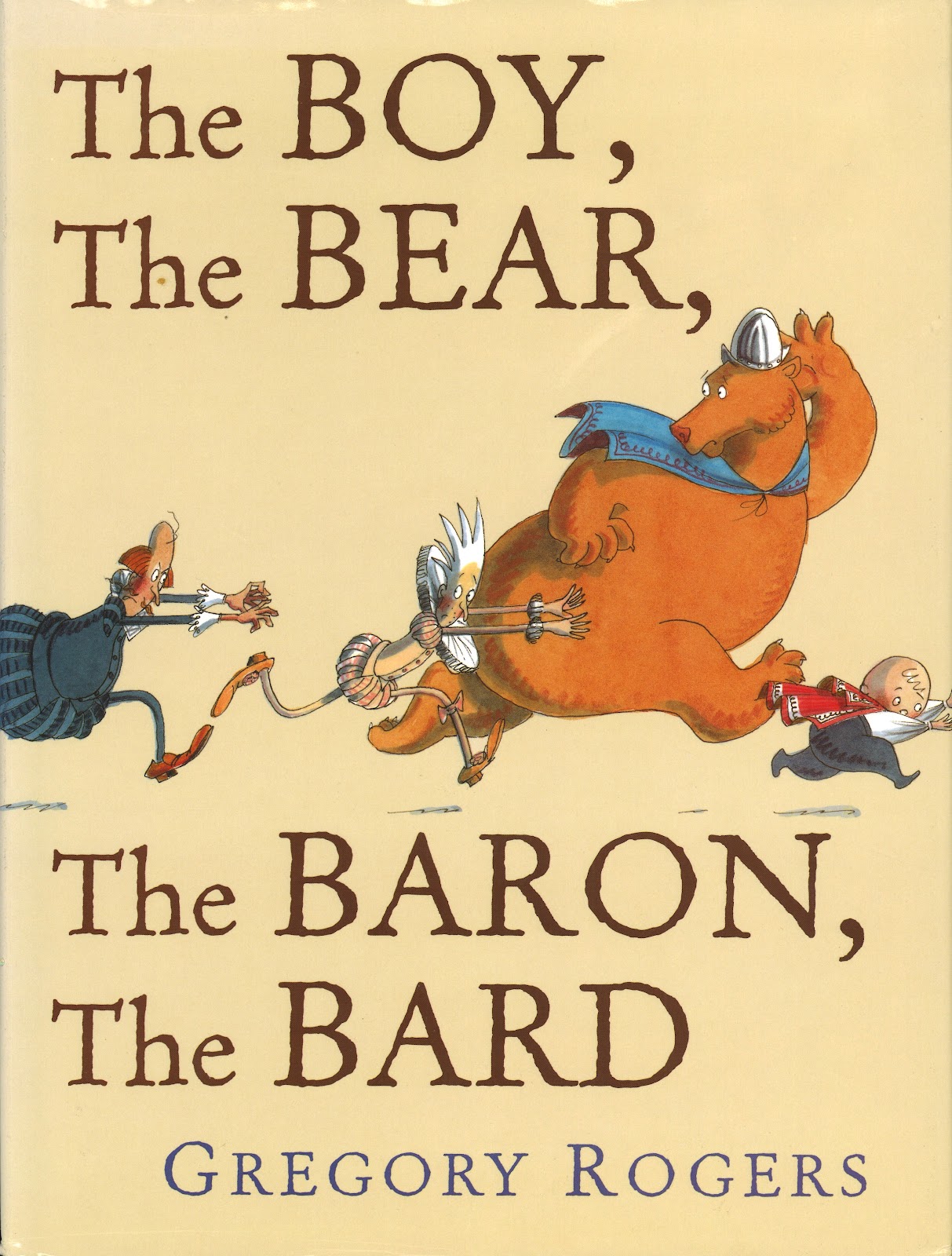 Rogers, Gregory. The Boy, the Bear, the Baron, the Bard. New Milford: Neal Porter, 2004.A recent post on Box Office Bears about bears in Shakespeare's day made me realize I'd never mentioned The Boy, the Bear, the Baron, the Bard—one of my favorite picture books having to do with Shakespeare.
The book is wordless, which presents a number of challenges. Fortunately, Gregory Rogers is more than up to the task.
The plot involves a boy in the modern age who zips back to Shakespeare's day—in the middle of a performance at the Globe Theatre. Shakespeare himself is there, and he angrily rushes out to get the boy off stage . . . but slips on the boy's soccer ball and goes sprawling.
The boy, while running and hiding from the Bard, meets and frees a bear; the two of them then meet up with a baron.
Let me give you a couple spreads that show how carefully constructed the book is. Note: They're from very early on . . . I want to avoid spoilers! 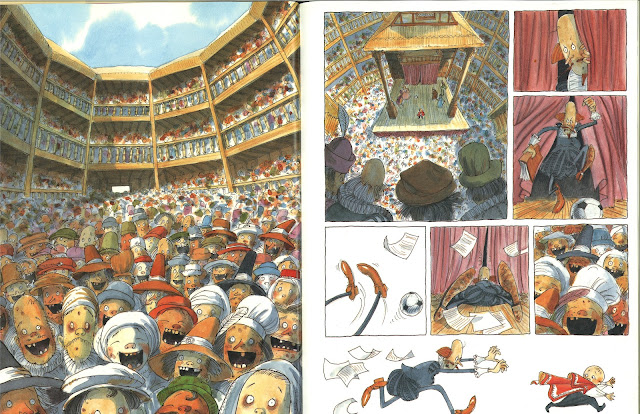 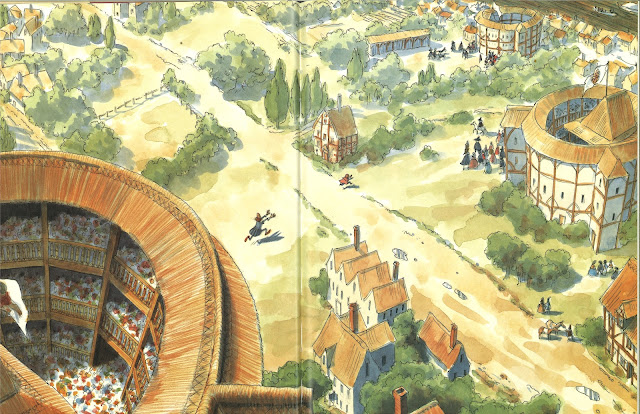 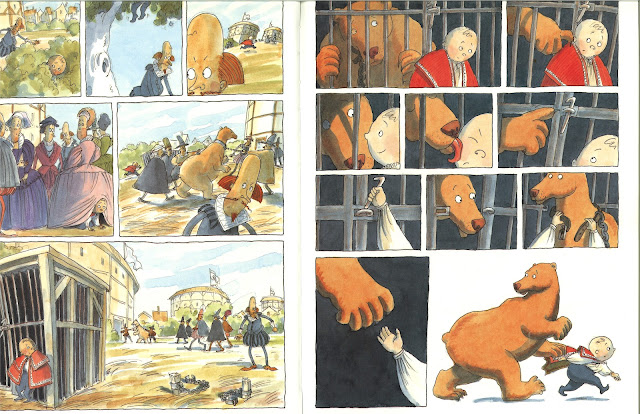 And that's just the beginning! If you haven't encountered this book, you need to track it down right away.
Click below to purchase the book from amazon.com
(and to support Bardfilm as you do so).