Book Note: Much Ado About Something 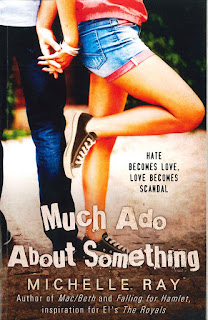 Alas, none of the three is particularly successful.

By the time I got twenty pages in to Much Ado About Something, I started asking myself, "How can such an exciting, interesting play be made so plodding and dull?"

But the novel didn't start that way; it started with some promise.

Well, actually, it started with this pair of quotes: 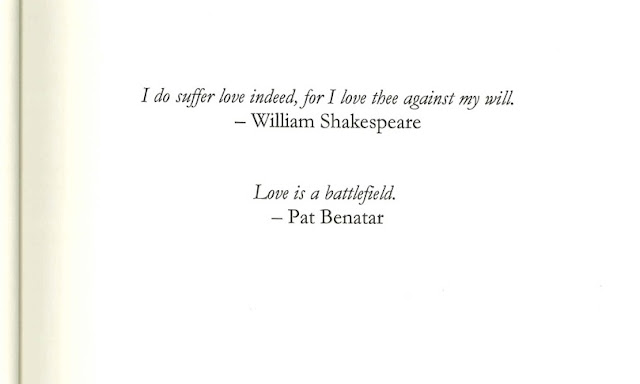 But that's all right—the play does depict love in military terms (though it would be nice if the quote were attributed to the person who actually said it (Benedick) instead of to the person who created the character (Shakespeare). It seems fair to evoke Pat Benatar at the beginning of a retelling of a play about love and a battlefield and love as a battlefield.

The next page gives us the setting (a private high school in Beverly Hills) and plunks us down in medias res some point after the death of Hero: 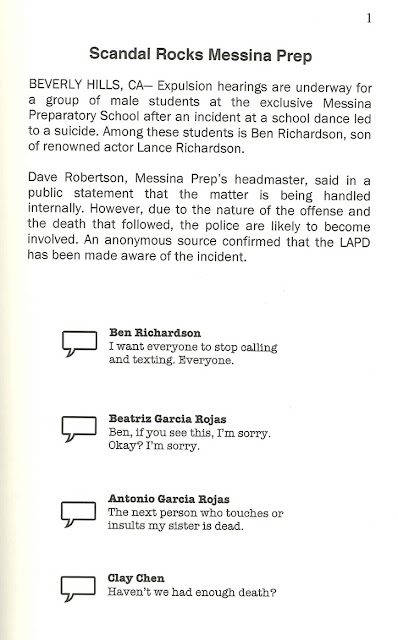 Imagine a fade out and a title card reading "Three months earlier" as you turn to the next page. There we are introduced to Beatriz: 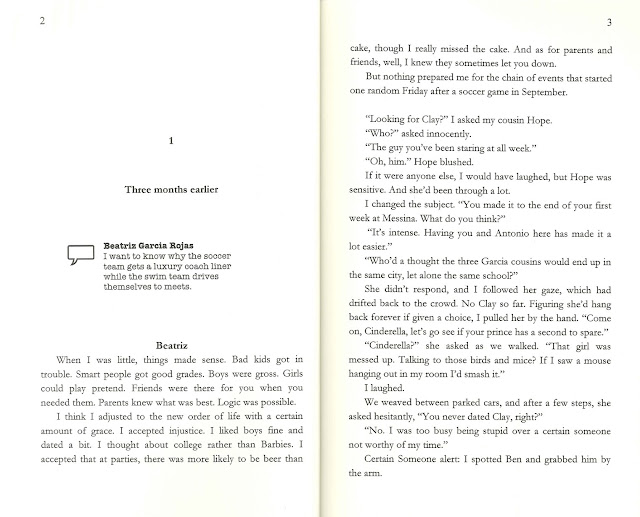 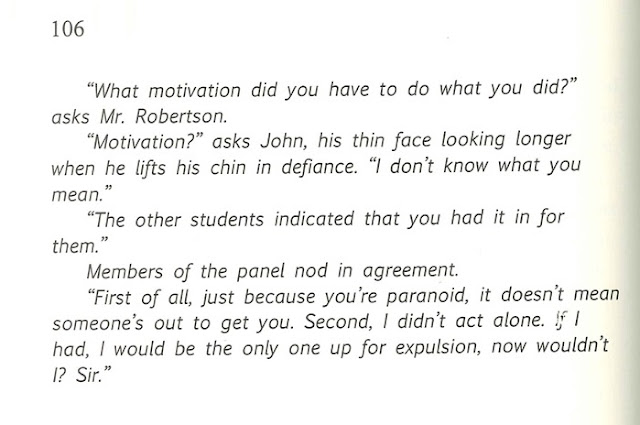 But that's a rare moment of levity in a novel that plods, doggedly and without inspiration, through the plot of Shakespeare's Much Ado About Nothing. Additionally, I'm pretty sure it's supposed to say, "just because you're paranoid, it doesn't mean someone's not out to get you." 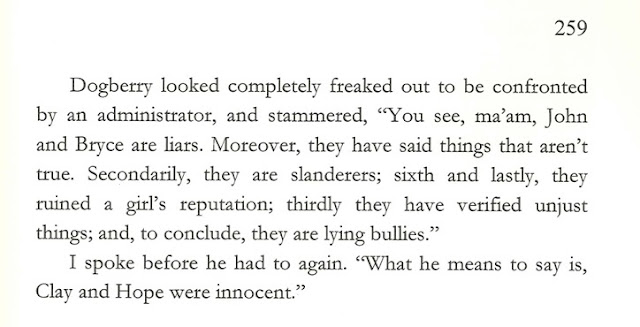 Other elements of the novel make annoying little sense—or no sense at all. But I am refraining from proving spoilers. The novel is a fairly-straightforward but also fairly-uninspired recontextualization of Shakespeare's play.
Click below to purchase the book from amazon.com
(and to support Bardfilm as you do so).