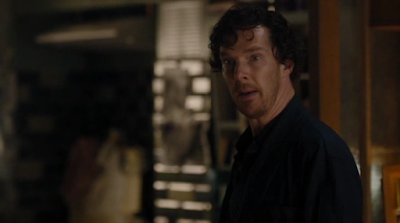 But the fact that he's quoting Shakespeare is not always recognized. It appears in Henry V—at III.i.32 to be precise. Henry uses it to urge his army to a renewed attack on the town of Harfleur.

One of my favorite instances is (as long-term readers of Bardfilm will know) when Data from Star Trek quotes it while pretending to be Sherlock Holmes (for which, q.v.).

More recently, Sherlock—the one with Benedict Cumberbatch and Martin Freeman?—had its Sherlock Holmes deliver the phrase . . . but with a great deal of context—an edited-down version of "Once more unto the breech."

Without spoiling too much, Sherlock has gone a bit off his crumpet. His delivery of the speech is marked by mania (if not actual psychosis):

I mean the Shakespeare . . . but the Sherlock is pretty good, too.

In the episode immediately before that one ("The Six Thatchers"), there's a briefer reference to Shakespeare.  I provide it here as a bonus:


Bonus Video: A Brief Quotation from Macbeth in Season 4, episode 1.
Links: The Episode at IMDB. 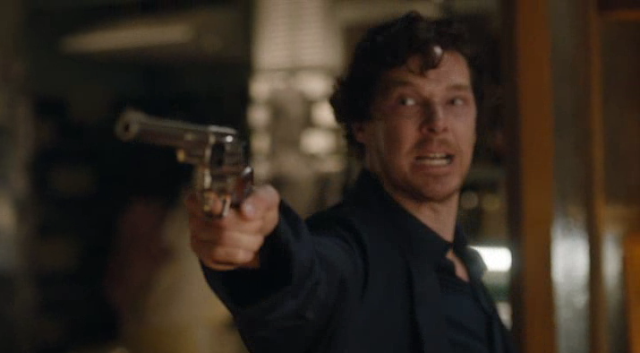 Do you know where I can find a list of all the times Holmes quotes or paraphrases Shakespeare in the Doyle stories?

Thanks, Hunting Violets. I don't know of such a list, and a quick Google search didn't reveal a single source for such allusions or quotations (though many miscellaneous people are writing about a point here or there).