Gordon, Alan. Thirteenth Night. New York: St. Martin's Press, 1999.
Thirteenth Night is the first book in the Fool's Guild Mysteries, of which there are currently eight. I'm not quite sure where I stumbled upon this, but I enjoyed it as much as—and possibly even more than—the Smythe and Shakespeare books (for the first of which, q.v.).

This book imagines something of a shadow government run by the fools of the world—Feste included. The plot takes place some years after Shakespeare's Twelfth Night ended. Feste has to head back to investigate a murder . . . committed, perchance, by the vengeful Malvolio.

The plot is intricate but not overwhelmingly complex, and it cleverly worked in a number of characters from Twelfth Night, seen after many years.

And, of course, there's always the possibility that Malvolio is behind all the trouble . . . but you'll have to read it yourself to find out if that's the case.

I will provide you with this sample from late in the book. The "calling card" planted in Feste's room suggests that Malvolio knows who he is and is threatening his life: 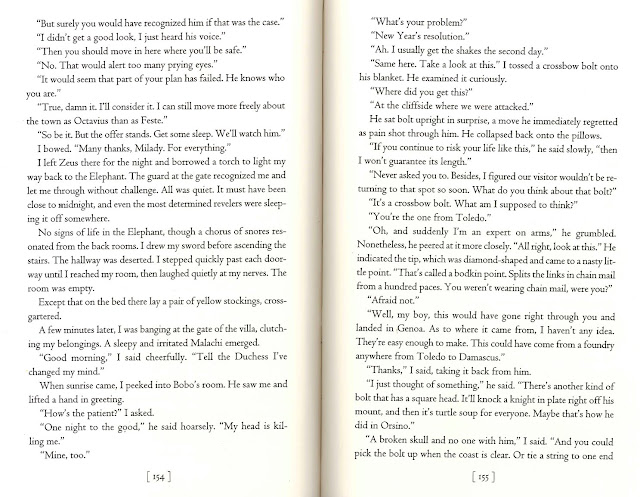 The other books in the series involve Feste, but only one—An Antic Disposition—seems to have a fairly-direct Shakespearean connection. 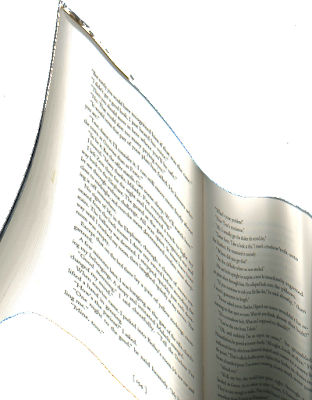 Bonus image: The way the first photocopy turned out.
Click below to purchase the book from amazon.com
(and to support Bardfilm as you do so).