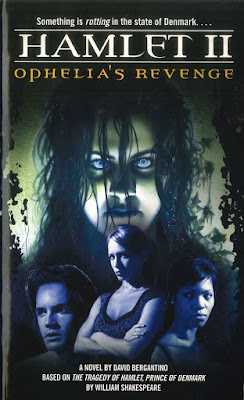 Bergantino, David. Hamlet II: Ophelia's Revenge. Bard's Blood. New York: Pocket Star Books, 2003.
I recently posted on the other "Bard's Blood" series book I read—A Midsummer Night's Scream—and concluded by wondering whether the first in the series would be better than that one, which was the second.

Our story opens among the football players of Globe University in Stratford, Ohio. They're losing to Fortinbras University's team—the Fighting Generals. But Cameron Dean, the star quarterback, uses the back of Rosenberg or Gyllenhal (I'm afraid I can't keep the two straight) to leap into the end zone.

He's happy enough to forget (almost) that his dad has recently died and that he doesn't much care for his Aunt Claudia.

Then he inherits Elsinore castle and takes the whole football team and their girlfriends there for a vacation.

And that's when Ophelia—the one who died way back when in Denmark—rises from her swamp and starts to kill people. Here's a quick sample of her appearance and her thought process: 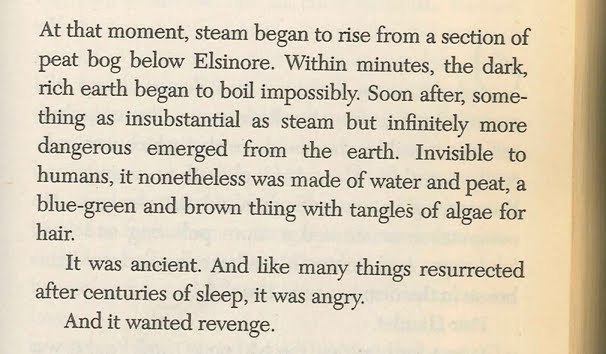 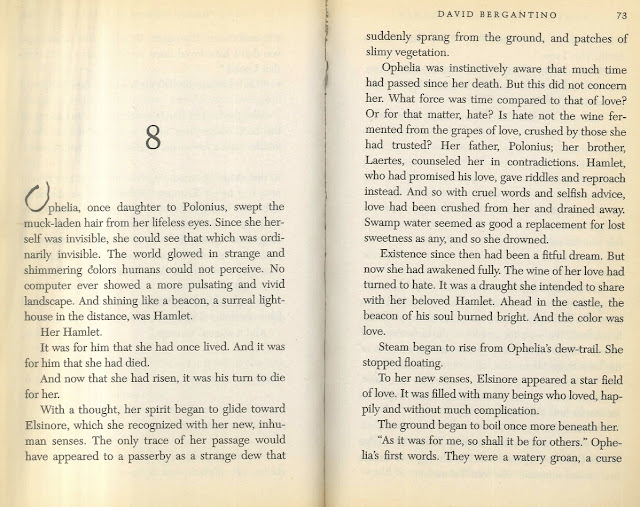 That's nearly all I want to tell you, and the main point is that it is better than A Midsummer Night's Scream. There's even a nifty play-within-the-play scene where a musical group called "The Playaz" perform a rap that reveals someone's guilt: "I had a daddy / My mommy was his wife / He also had a sister / Who took his life" (174).

The final image inside the book is also intriguing. This is printed on the inside of the back cover: 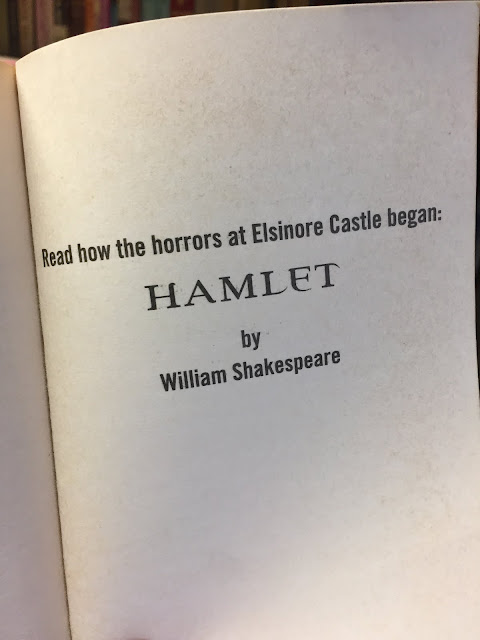 At first blush, it's just something like "If you liked these horrible deaths, you're sure to love Hamlet," but it also illustrates my philosophy about modern Shakespearean fiction: Part of what's important is what happens when you return to Shakespeare's play. The play and the modernization can speak to each other in interesting ways.

In this case, the first thing you read on the cover is "Something is rotting in the state of Denmark," so there's that to consider.
Click below to purchase the book from amazon.com
(and to support Bardfilm as you do so).