J. R. R. Tolkien on "the folly of reading Shakespeare" 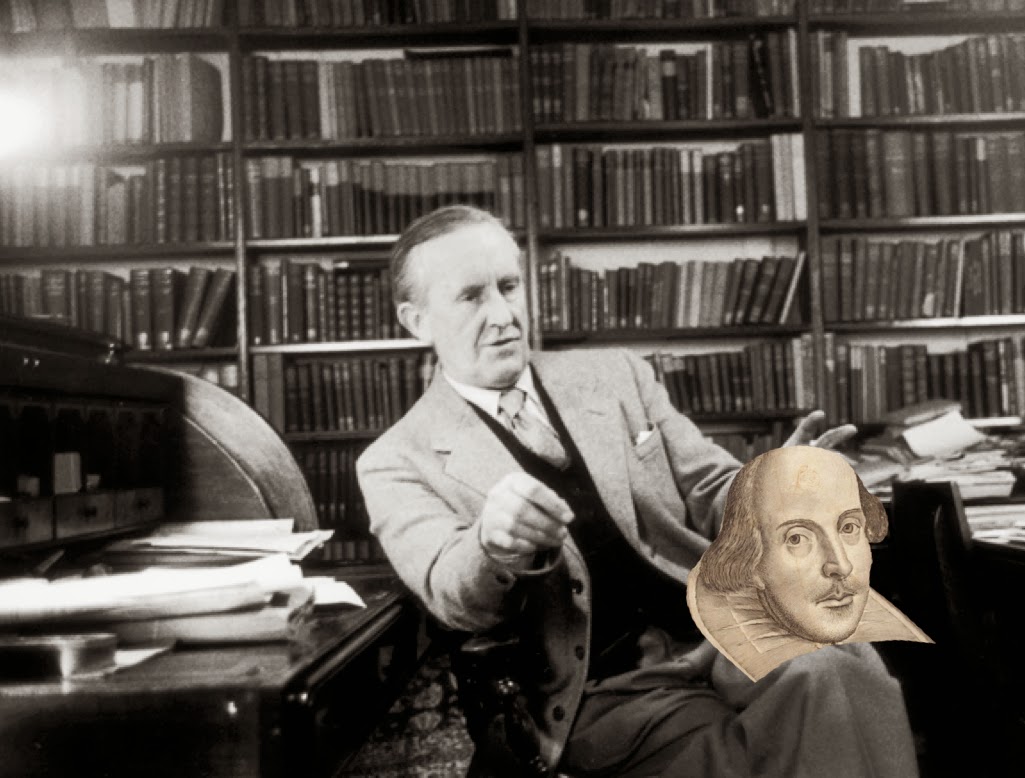 The reason for this impression springs partly from Tolkien's account of his imaginative creation of the Ents, which are something like walking, talking trees. The Ents are inspired by Shakespeare, but they sprang forth not from what Shakespeare did but from what he didn't do. Shakespeare Geek has an account of how Tolkein's disappointment with "the shabby use made in Shakespeare of the coming of 'Great Birnam wood to high Dunsinane hill'" (212) led him to imagine how walking trees might really march to war.

What might be more surprising is an account of Tolkein actually enjoying Shakespeare. In Letter 76, dated 28 July 1944 and written to Christopher Tolkien, J. R. R. Tolkien describes seeing a production of Hamlet. Tolkien argues that it's foolish to read Shakespeare . . . except in conjunction with seeing performances of the plays:


Plain news is on the airgraph; but the only event worth of talk was the performance of Hamlet which I had been to just before I wrote last. I was full of it then, but the cares of the world have soon wiped away the impression. But it emphasised more strongly than anything I have ever seen the folly of reading Shakespeare (and annotating him in the study), except as a concomitant of seeing his plays acted. It was a very good performance, with a young rather fierce Hamlet; it was played fast without cuts; and came out as a very exciting play. Could one only have seen it without ever having read it or knowing the plot, it would have been terrific. It was well produced except for a bit of bungling over the killing of Polonius. But to my surprise the part that came out as the most moving, almost intolerably so, was the one that in reading I always found a bore: the scene of mad Ophelia singing her snatches. (88)

I wonder if Tolkien would say the same about his own books today. Is there folly in annotating Tolkien—unless you see the films?

As a side note, he does object to Shakespeare's use of elves. We find that in Letter 151, written to Hugh Brogan on 18 September 1954:


I now deeply regret having used Elves, though this is a word in ancestry and original meaning suitable enough. But the disastrous debasement of this word, in which Shakespeare played an unforgiveable part, has really overloaded it with regrettable tones, which are too much to overcome. (185)

If he's objecting to the elves in Midsummer Night's Dream, I'll have to argue with him; however, if he means the elves in Merry Wives of Windsor, I'm entirely on his side.

Interesting. Would that count as a paradox?

Serene and Not Herd said...

Of the Hobbit especially, I would say that Tolkien's books were meant to be read... aloud.

He wrote the Hobbit as a bedtime story for his children if I remember correctly, and it takes but reading the first chapter aloud to feel how easily it flows as narration. I oft skipped the songs reading silently to myself, and in doing so, miss much of the nuance of certain characters, as well as the mood.

Since the amazing rendition of Misty Mountains recorded for The Hobbit Movie, I have a tune to go with those lyrics, and I find my own tune to sing to my children the song of the elves.