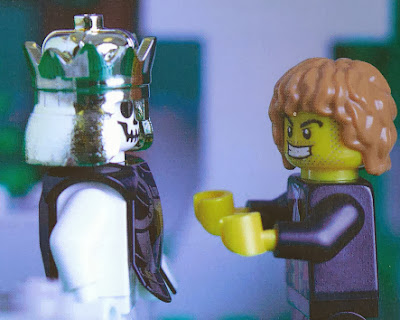 McCann, John, Monica Sweeney, and Becky Thomas. Brick Shakespeare: The Tragedies—Hamlet, Macbeth, Romeo and Juliet, and Julius Caesar. New York: Skyhorse Publishing, 2013.
It's sometimes hard to find gifts for Bardfilm. That doesn't mean you shouldn't try, of course, but I often already have copies of books and films that interest me. And, if I don't already own something, I've often heard of it already.

The volume I have contains four of the tragedies. Essentially, they're edited and reduced versions of the text illustrated with photos of Lego characters in Lego landscapes. The image below (click on it to enlarge it) 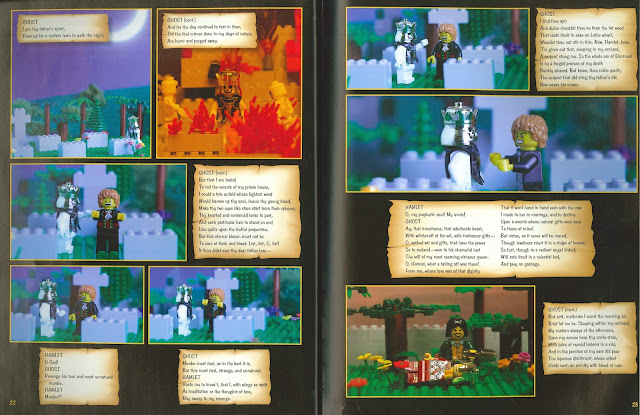 It's fun, and I'm enjoying it—while waiting for the film version to come out!
Click below to purchase the book from amazon.com
(and to support Bardfilm as you do so).