"Do you believe these . . ." allusions to Shakespeare in Star Trek? 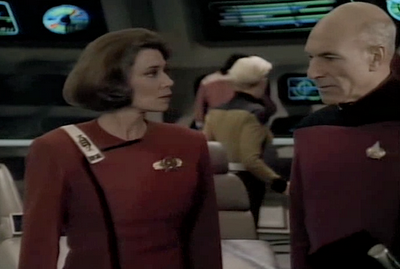 The episode contains this line: "Do you believe this . . . Guinan?"

Perhaps the connection is more between the way the line is delivered in a film version of Hamlet that I've seen very frequently, but I hear an echo of a line Polonius delivers to Ophelia: "Do you believe his . . . tenders, as you call them?" (I.iii.101).

I include both lines in the clip below. You be the judge: