Hot Fuzz. Dir. Edgar Wright. Perf. Simon Pegg and Nick Frost. 2007. DVD. Universal Studios, 2007.
Last Action Hero. Dir. John McTiernan. Perf. Arnold Schwarzenegger, F. Murray Abraham, Art Carney, and Austin O'Brien. 1993. DVD. Sony, 2007.
While scanning through Last Action Hero to see if I should make it required or optional viewing for my Shakespeare and Film class, I noticed a number of affinities between it and Hot Fuzz. They both have scenes that refer directly to Shakespeare, for example.


They're also both mystery films that mock the conventions of their respective genres (American Action Film and British County Mystery) by employing every cliché of those genres. And they both have extreme, over-the-top violence.

One thing that the American film has that the British film seems to lack is intense, over-the-top product placement! Observe these images from the big car chase that opens the movie-within-the-movie (itself another nod to Hamlet): 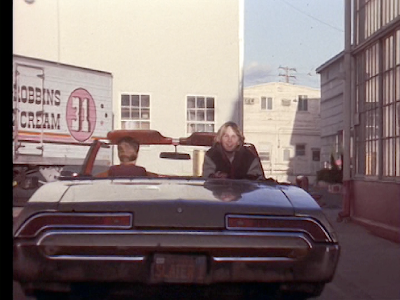 Baskin-Robbins—Just the treat for after a car chase! 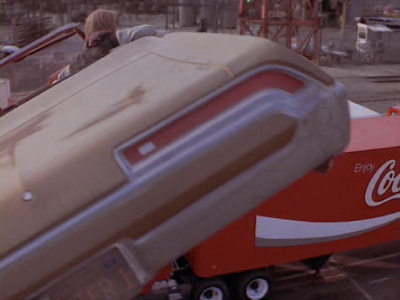 What goes up must come down—but nothing goes down as smoothly as a nice, fresh Coca-Cola!

These moments remind the audience that we're in the middle of a conventional film—particularly when most of the other product placements refer to the ACME Company of Wile E. Coyote fame (cf. the ice cream truck into which one of the villains is thrown)! 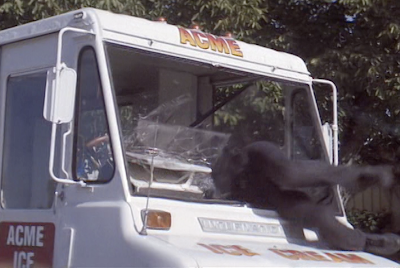