Just One of the Guys as a Derivative of Twelfth Night? 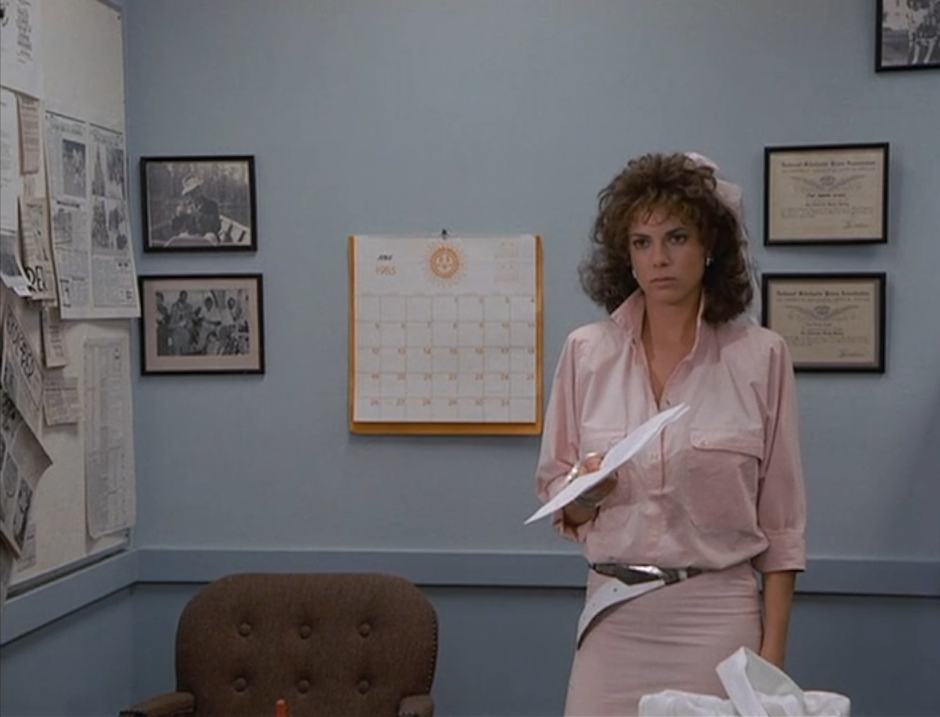 Just One of the Guys. Dir. Lisa Gottlieb. Perf. Joyce Hyser, Clayton Rohner, and Billy Jayne. 1985. DVD. Sony Pictures Home Entertainment, 2004.If you've ever doubted the tag line "for your sake, / Am I this patient [b]log-man" at the end of my posts, here's proof. Simply in order to please you, I was willing to slog through a dull and cliché 1980s high school raunchy romantic comedy.
Eleven years before She's the Man. Six years before Motocrossed (for which, q.v.). Three hundred and eighty-three years after the first performance of Twelfth Night . . . .  That's when we get Just One of the Guys.
It should have been made hereafter—there would have been time for such a film. Or maybe not.
The basic plot is, after a fashion, Twelfth Night-y (as a brief tangent, "Twelfth Nightie" would be a great name for a pajama store—as would the modified Gertrude quote "Put Thy Colored Nightie On"). Our protagonist (with the nicely gender-neutral name of Terry) has failed to win the journalism prize at her high school, and she assumes that it's because she's female (and, to top it off, an attractive female). She thinks that they would consider the work of a male more seriously, so she dresses as a man and heads off to the rival school to prove her point.
Once Terry gets there, it turns out that her writing (when they think that it's written by a male author) is fine—but her subject matter is boring (or, from a writing teacher's perspective, not made exciting to the readers). After she falls in love with a guy at the new school (and a woman at the new school falls in love with her) . . . and after everything is revealed at prom, Terry gets angry and writes a passionate article about her experience in this "Guy Like Me" scenario.
There's not much terribly extractable from this film (it's rated R, and there's far too much language and too many double entendres—and many single entendres), but I'll provide a quick sequence:

There you have it. It's really not much, but, for you, I'm (almost) happy to do it.
Links: The Film at IMDB.