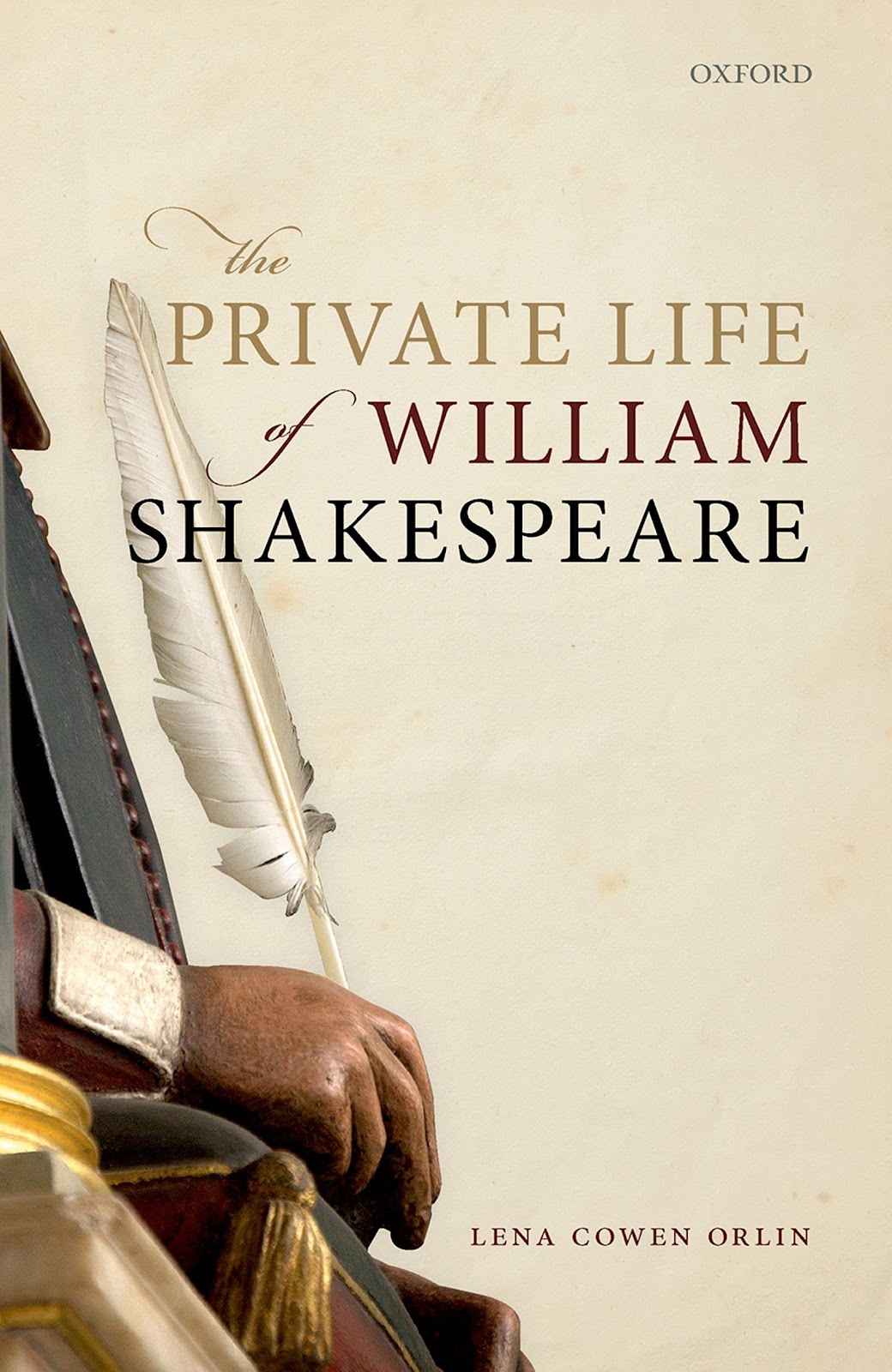 Orlin, Lena Cowen.
The Private Life of William Shakespeare. Oxford: Oxford University Press, 2021.
We don't know Shakespeare's birthday. But we often celebrate it on April 23.
In fact, the first record we have of Shakespeare's existence is his baptismal record. He was baptized on April 23, 1564.
An awful lot of well-intentioned but erroneous ink has been spilled to try to justify the speculation that he was born on April 23, but we just don't know. It's tempting because he died on April 23, 1616 and April 23 is St. George's Day—and St. George is the patron saint of England. It's tempting because you will extremely frequently see the claim that babies were usually baptized three days after birth.
The problem with that last claim is that it's nonsense. I've been reading The Private Life of William Shakespeare recently (it sounds like a novel, but it's actually an extremely scholarly examination of the records we have of Shakespeare's life—particularly those relating to Stratford. Lena Cowen Orlin's explanation of why people celebrate Shakespeare's birthday on April 23 is one of the most cogent and careful I've seen: 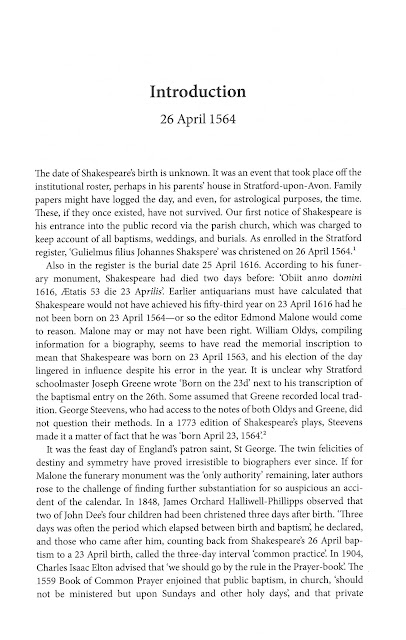 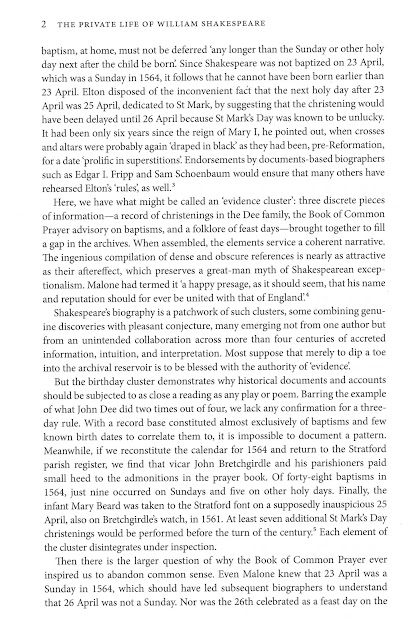 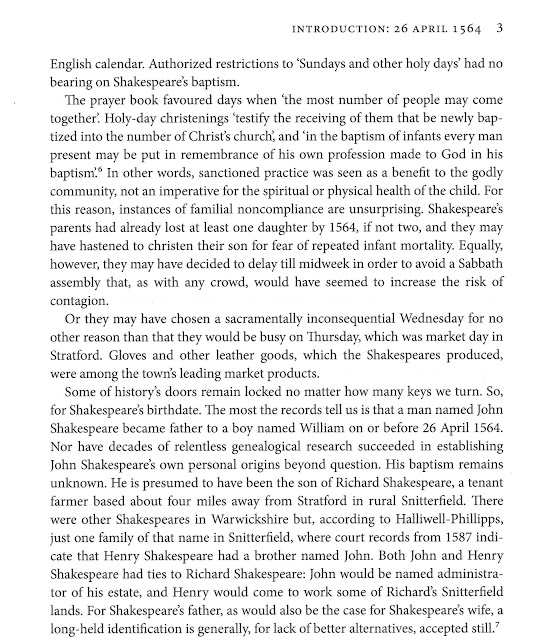 And that's why people keep on saying "children were baptized three days after birth in Shakespeare's day"—because 50% of the children born to a certain John Dee were baptized three days after birth—and James Orchard Halliwell-Phillipps concluded, in 1848, that that was the usual time frame between birth and baptism.
Thus, we can say, "Happy birthday, Shakespeare . . . whenever it happened to be!"  And we can say, "Happy Baptism Day, Shakespeare—it's April 26!"
Click below to purchase the book from amazon.com
(and to support Bardfilm as you do so).