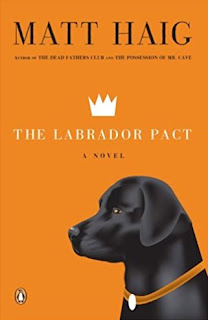 Haig, Matt. The Labrador Pact. New York: Viking, 2004.
Matt Haig's The Dead Father's Club (for which, q.v.) revisited Shakespeare's Hamlet, and I enjoyed it quite a lot. When my students told me that he had written another book—this one grappling with 1 and 2 Henry IV, I was intrigued.

Having read the book, I'll admit to being a bit disappointed. My complaint is the same as always: Not enough Shakespeare! I thought the novel might retell the plays—or, if not the plays, at least elements in them.

Instead, the novel is a clever account of a dog named Prince, who, in an attempt to care for his family, ends us breaking the Labrador Pact, the most sacred rule of that particular breed of dogs:  Duty over all.

The opposing breed is the Springer spaniel, whose motto is "Pleasure not duty."

In terms of Shakespeare allusions, the boy of the house is named Hal; another character is called Simon Hotspur. There's also a foul-mouthed bully of a dog whose name is Lear. And the mother of the family is called Kate, but I don't see the relevance of that choice.

The main Shakespearean part is, I suppose, the relationship between Prince, our Labrador protagonist, and Falstaff, the fun-loving dog of a woman who has recently moved in to the neighborhood. The pages below provide the first time Adam, the father of the family and Prince's master, and Emily, the new woman, meet. It's also Prince and Falstaff encounter each other. 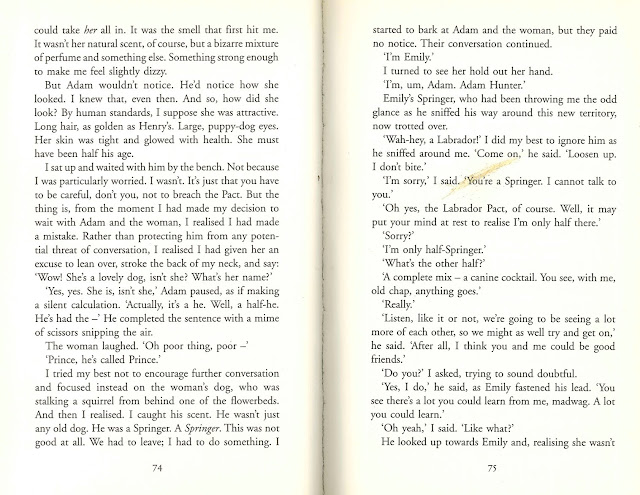 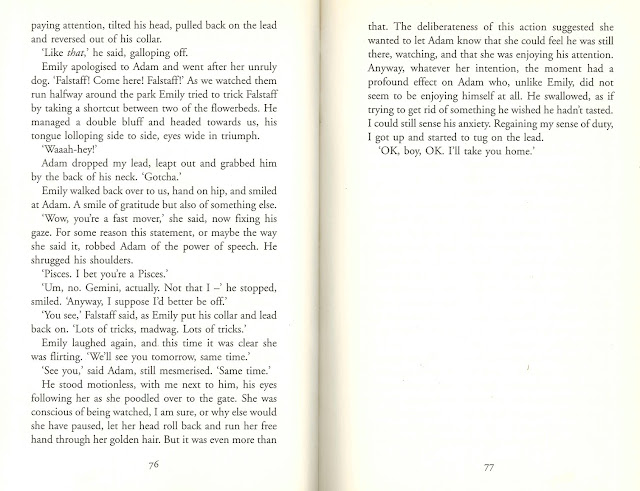 The long and short is that there's not much Shakespeare here—apart from names and personality traits. As a side note, be aware that this is not a young adult novel—the foul-mouthed Rottweiler is only one aspect that may be inappropriate for younger readers.